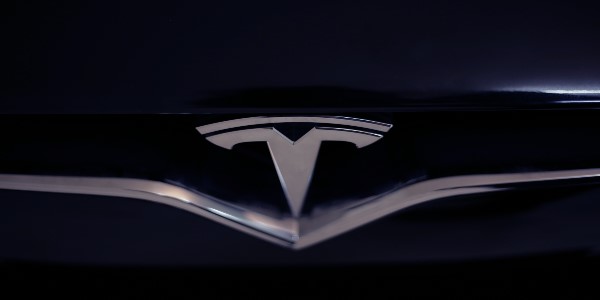 Update: On 28 August, Tesla officially launched its own insurance program, starting with owners in California, and claimed that the rate is “up to 20% to 30% cheaper” than its competitors.

Like many luxurious cars, Tesla is a mark of success. When buying a Tesla, you don’t only get a car but rather an experience. However, like many other luxury items in the world, Tesla is expensive to maintain. Its ever-growing innovations also mean that insurers will need to adapt to their technology to bring forth an honest insurance plan.

Why is it expensive to maintain a Tesla? Simply because the spare parts are very expensive, making insurance companies reluctant to come near it. On top of that, companies do not want to be liable for expensive products.

In this Kwiksure article, we will discuss the issues involving external insurance companies with Tesla and how their new insurance company may be the solution to the problem.

Why is it hard to find insurance for my Tesla?

The premiums are also set at a high price. People can end up paying 50% more to insure their Tesla, compared to other cars in the market. For comprehensive car insurance, the price for electric vehicles ranges between HK$40,000 and HK$50,000 per year, compared with about HK$10,000 for gasoline-powered cars. For example, just last year, AXA has tripled its insurance premiums for electric cars and even the raised the excess to as high as HK$130,000.

On top of that, Tesla repair shops are in a non-competitive market. Competition drives down the price, but when the market has less competition, businesses can set high prices on goods without the pressure of being brought down. The solution to this would be to open more Tesla repair shops, but no businessman would want to do that in the market today, judging by the prices to purchase Tesla’s spare parts.

According to the prices we found in the market, just replacing the windscreen on a Tesla can cost up to 20,000 HKD, while the windscreen on other cars can be replaced for a few thousand dollars. The reason behind the high price is that, Tesla does not fix the car but replaces all the damaged parts, with the components having to be imported from the US.

Additionally, insurance companies are having hard time pricing policies for a Tesla. For example, the Tesla S vehicle comes in different variations, one giving it sedan type of feel while the other giving it sportscar feel. Insurance companies have got their policies priced the same, even though the two models are very different.

High claim frequencies are another reason Tesla cars are harder to insure. High claim frequencies don’t necessarily mean that Tesla cars get in more accidents than other cars in the market, but rather that Tesla owners always want their cars in the best condition. This makes sense as people would want their luxurious and expensive items looking at their best. Therefore, any little scratch is already reason to take the Tesla to the body shop.

And because Tesla cars are so hard to insure, even though the Hong Kong government has launched the “One for One Replacement” scheme to promote the use of electric cars, there has only been very limited growth in the number of private EVs.

To deal with this problem, Tesla’s CEO Elon Musk recently announced that the company is going forward with their plan to create an insurance company and is expected to launch within a month. By doing so, Tesla cars will be able to be insured appropriately, which reduces the price of premiums for their customers.

It has also been announced that Tesla expects to be selling their premiums within a month in the USA. They have also been working with insurance experts to further perfect their business model. Hence, it can be seen that this project is an important one for Tesla and their CEO Elon Musk.

Advantages of being insured by Tesla

Apart from saving a lot of money, there are plenty of other reasons for Tesla owners to get their car insured by Tesla. Listed below are just some of the advantages:

Advantages for Tesla as an insurance company

As of now, Tesla’s insurance company is still not open for business. So getting your Tesla insured will still come with a high price. On top of that, just finding an insurance company to insure your Tesla is already a tough ask. Whether it's the expensive parts or the risk of being liable, companies are very much reluctant to insure a Tesla.

For the best advice on getting your Tesla insured, contact Kwiksure and our car insurance experts will help you with some great advice and a free quote.

Previous - Tesla Car Fire in Hong Kong: Does My Car Insurance Cover Motor Fire?
Next - INFOGRAPHIC: A Guide to Buying a Car in Hong Kong, New vs Used.
Kwiksure Blog