Drones in Hong Kong may soon require insurance to operate 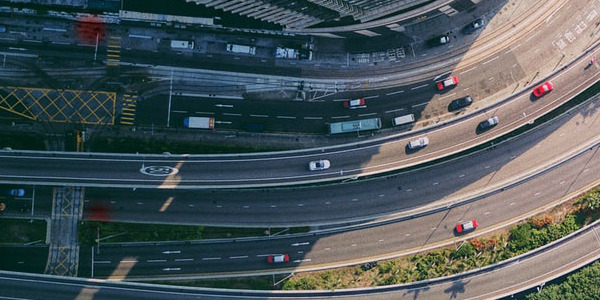 On June 12th, a drone was spotted flying quickly through the thick of smoke and tear gas during the anti-extradition protests in Hong Kong. Due to the impacts of large-scale drone usage, such as safety and privacy issues, the Hong Kong government is working on setting regulations for flying drones, which will include insurance requirements, mandatory training, and more.

An overview of proposed drone regulations

The Civil Aviation Department recently presented a paper to the Legislative Council, which outlines the items in the proposed legislation and discusses the use of “small unmanned aircraft” weighing up to 25 kilograms. The department aims to submit the legislation for lawmakers to assess in the fourth quarter of 2019.

The department also proposed categorizing the aerial vehicles according to their weight and dividing them into three categories. Based on the proposal, the categories include:

Additionally, owners of aerial vehicles under 250 grams are required to follow standard operating conditions. These conditions include a maximum altitude of 30 meters and a maximum speed of 20 km/h. Owners of aircraft weighing more than 250 grams must register their vehicles along with the person flying it, or the “pilot”.

Aircraft weighing more than 7 kilograms must have a fail-safe mechanism as well.

What else should you know about Hong Kong’s potential drone laws?

Before flights, aerial vehicles weighing more than 7 kilograms must have permission from the department. Flight restrictions will also take place in security or emergency situations and some public events.

The only reported prosecution in Hong Kong to date occurred in July 2017 for illegal operation of a drone within the airport’s restricted area. Under the Air Navigation (Hong Kong) Order 1995, the offender was convicted of “causing or permitting an aircraft to endanger any person or property”. The offender also had to pay a fine of HK$2,000.

Drone-related incidents are also becoming more common. In January 2018, a drone had a close call with a rescue helicopter. In December 2017, a reporter attempted to move away from a falling drone and ended up injuring himself.

The future of drones in Hong Kong

Classified as aircraft, drones in Hong Kong are currently governed by civil aviation legislation. Drone operators have to observe telecom laws, though there is no set regulation when it comes to drone usage. As of April 2018, the civil aviation law’s only requirement is for those who operate drones weighing over 7 kilograms to apply to the CAD if they are used for commercial or leisure photography.

According to the head of DNT FPV Drone Hong Kong Association, Sky Yeung King-sheung, the CAD paper had many amendments from the previous one. CAD had previously held a three-month public consultation on potential drone regulations, which ended in July 2018.

Sky Yeung King-sheung also mentioned the lack of insurance companies with plans for drone hong kong operators. It is likely that more insurance plans for drones will be available in Hong Kong once the proposal is approved. In the future, drone operators might even be able to apply for on-demand liability insurance via a drone insurance app.

New legislation that encourages the use of drones in Hong Kong and offers the necessary protections for public safety and aircraft would be beneficial.

If an accident occurs, it is possible for drone operators to be sued for accidental damage or injury. When it comes to legal action, your personal assets are at risk. Purchasing personal liability insurance can help protect you from any unexpected legal issues.

If you’re looking for insurance for personal liability Hong Kong, contact one of our expert advisors at Kwiksure to find out what your options are. Our experts are happy to answer any questions about third party liability insurance, or third party insurance in general (e.g. motor insurance). You can also check out our website to access more informative resources such as this article.