Are there new speeding rules in Hong Kong? 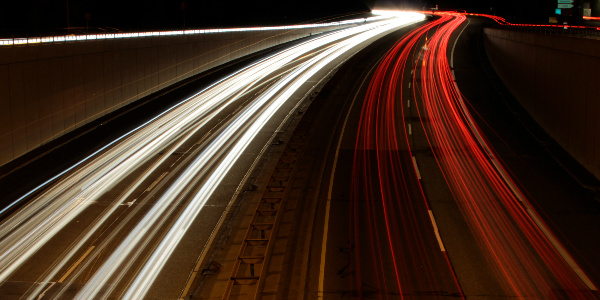 Hong Kong is an interesting city when it comes to driving. For the most part, the many roads, highways, and byways are largely congested and urban meaning speeds are kept fairly consistent. That said, it is not uncommon to see people putting the pedal to the metal so to speak and basically ignoring the posted speed limits. In this article, we shed some light on speeding in Hong Kong, some supposed new rules, and whether speeding has an impact on what you pay for car insurance.

Is speeding actually a problem in Hong Kong?

To outsiders, Hong Kong is a fairly compact city, lacking the long open stretches of road seen in countries like Canada, the US, Australia, and even parts of Europe. Anyone who has driven on these roads in these countries knows that in many cases the posted speed limit is more of a general recommendation than a strict limit. But is this the case in Hong Kong?

Spend any time driving on the roads here and it is pretty clear that people here speed just as much as anywhere else it just might not be as fast overall as in other locations. In fact, according to the Hong Kong Police, in the first three quarters of 2020, there were 185,936 recorded cases of speeding (tickets issued).

Compare this to the next most common traffic offence: Traffic signal offences which saw 40,904 citations issued in the same period and it is clear to see that speeding is by far the biggest concern on Hong Kong's roads.

How do the police ticket speeders?

With nearly 4 times more tickets issued for speeding than any other types of traffic issues, you can bet that the Hong Kong Police take speeding seriously and it's not uncommon for drivers to see officers out with laser guns, speed cameras, and even radar guns flagging drivers for going over the speed limit.

By law, any driver caught going over the speed limit will be ticketed based on how fast they were going. Generally speaking, speeders going:

One thing you may not know is that the police will usually be somewhat lenient with speeders, especially if they are using laser or radar speed guns which have been known to be not 100% accurate in measuring the speed you are going. In almost all cases, the police will subtract 3 km/h from the measured speed and use the new speed to determine your punishment.

A new change to the rules?

Recently, a number of news reports along with Whatsapp messages have been going around regarding a new "internal document" from the Hong Kong police which noted that the deduction of 3 km/h was to be increased to 5 km/h for speeds recorded using laser guns.

If this is true, it would mean more leniency when it comes to speeding and could have an impact on the overall number of speeders out there. On the other hand, the increase of 2 km/h is fairly minimal, especially at high speeds so we doubt that this will have much of an impact on serious offences.

Of course, as we mentioned above this is based on an internal document that is not supposed to be released to the public, thereby calling the authenticity of this supposed change into question. According to an article on this change in the Standard, "A police spokesman said relevant guidelines belong to internal operation details and are not supposed to be made public. He did not say if the document circulated online was genuine."

Because this increased leniency has not been confirmed by the police, our best advice would be to well, not speed! If you are caught, it would be a good idea not to expect the police to apply the 5 km/h reduction of your recorded speed.

With the rather high number of speeding citations issued in Hong Kong in the first three quarters of 2020, it is worth looking at whether getting a speeding ticket will have an impact on how much you pay on car insurance or not.

The answer here is both yes and no. In fact, it depends on the punishment you are issued for speeding, more specifically, whether you are issued with any demerit points for speeding. Each year when you go to renew your motor insurance, or when you apply for a new car insurance plan, you are required to state whether you have received any driving offence/demerit points within the past two years.

If you have, you can bet that your insurance premium will increase or be higher than a driver with no demerit points. How much higher will depend on the number of points issued and your overall driving record.

On the other hand, if you got a speeding ticket and were issued no demerit points e.g., you were going less than 15/12 km/h over the speed limit, then you should not see your premium increase because of a speeding ticket.

Another thing to be aware of here is how insurers will react to speeding and accidents. Generally speaking, almost all motor insurance policies sold in Hong Kong will cover accidents where non-excessive speed is a contributing factor. In other words, if you are speeding and in an accident, as long as it is not excessive or incredibly dangerous, your insurer should cover any damage.

Our best advice here would be to read your policy documentation closely to ensure there is no clause stating speed and insurance coverage. If nothing is mentioned you should be covered.

One thing to look out for is dangerous driving. If your policy excludes claims for accidents that are caused by dangerous driving this will usually include excessive speeding e.g., going 110 km/h in a 35 km/h zone and getting into an accident.

This will usually be deemed by the police as dangerous driving which could allow your insurer to reject any claims.

Beyond that, while you will generally be covered for accidents caused speeding, any demerit points accrued due to speeding will result in higher premiums so it is best to try to stick to the posted speed limits as possible.

Besides car insurance (third-party and comprehensive), Kwiksure also provides home insurance, motorcycle insurance, VHIS, and more! Use our online quotation system today to receive a free quote! Wish to chat with us for personalized solutions? Contact our team of expert insurance advisors today. They'd be happy to provide you with impartial suggestions to help you choose the perfect insurance plan.

Previous - Top 4 Halloween insurance claims-filing tips
Next - Car ownership: what you need to know about purchasing a vehicle in Hong Kong
Kwiksure Blog