Typhoon's spinning up, is your car covered? 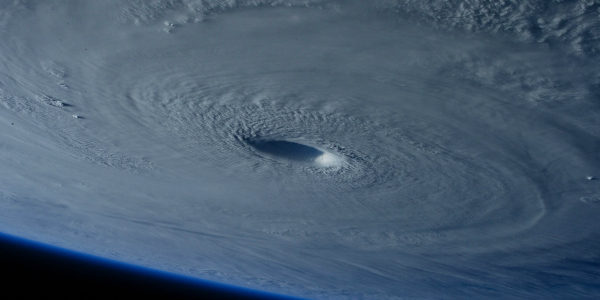 Anyone who has lived in this city for more than a year is well aware of the yearly typhoon season which sees powerful storms that bring torrential rains, wind, and, in some cases, vast destruction. While Taiwan and Philippines usually bear the brunt of most typhoons, a few a year seem to gather speed as they come across the South China Sea towards the mainland and Hong Kong. When they threaten to hit Hong Kong, we see the all too familiar typhoon warnings spring up around the city, with kids and office workers alike crossing their fingers for the almighty T8 warning. While a T8 is great for those who want a bit of extra time off, Kwiksure does get a number of questions when a typhoon warning is sounded from motorists wondering whether their car insurance will still be valid during a typhoon.

In this article we take a look at how car insurance works during a typhoon and provide some tips to ensure consistent coverage.

Does my car insurance cover my car during a typhoon?

Yes! The vast majority of car insurance plans in Hong Kong cover vehicles during a typhoon. What we mean by this is that, should your vehicle be damaged while it is parked during a typhoon, the insurer will pay out on claims for repairs. But, as with everything in the insurance industry, there are a few situations here where coverage may not apply that you need to be aware of.

Situation 1 - parking your vehicle in risky areas during a typhoon

The most common situation that will cause insurers to deny claims revolves around where you park your vehicle during a typhoon. If for example, you decide to park your car down beside one of the piers, or in an area that is known to be affected by waves and flooding caused by a typhoon, then the insurer may not cover any claims.

In cases where this has happened before, the insurer has denied claims pointing to the terms and conditions of the driver's policy. These usually have a clause which states that parking the vehicle in an area that is known to be flood-prone or heavily affected by typhoons e.g., along the harbour, can result in claims being denied when they are caused by typhoon weather.

Of course, there are situations where this doesn't apply. For example, when the T10 hit a few years back, one of our clients had parked their car on the sub-ground floor of their apartment's parking garage, in their assigned spot. During the typhoon, the basement flooded submerging the car. In this case, and in all similar cases, the insurer paid out on the claim for damages because it is usually assumed that underground parking garages, especially those below the water table, are built to withstand flooding. In other words, you are not deemed to have taken a risk, there is no ground on which a claim can be denied).

Situation 2 - driving during a typhoon

One such example comes with road conditions and safety. All motor insurance policies require that you operate the vehicle in a way that does not expose you to excess risk or dangerous conditions. If for example, you are driving home and see that the road ahead of you is flooded, yet decide to continue driving through it and end up damaging your car, your insurer could dispute this claim. In this situation, it would be up to them to prove you knowingly put the vehicle in danger in order to reject the claim.

Last year, after one of the T8s hit the city, the SCMP published an article about taxi drivers flat rating passengers and saying that during a typhoon their insurance lapses. To drivers, this means that they are justified in charging higher fares in order to cover the risk of driving without insurance. In Kwiksure's experience, the plans we sell to taxi drivers do not have a condition that states that coverage lapses during a typhoon.

Protecting your car from a typhoon

Here are our top six things you should do to ensure your car is protected during a typhoon.

If you have any questions regarding typhoons and your car insurance coverage, contact us today to learn more.