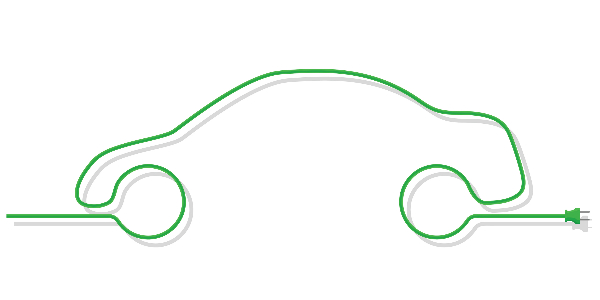 As you likely already know, Formula E racing is rolling into town the first weekend of October. With events going all weekend leading up to the big race on Sunday, October 9th, it is looking like it will be a fun weekend for car enthusiasts in Hong Kong. Unlike it's bigger cousin the Formula One with cars powered by massive V6 engines that make one heck of a noise, the Formula E race involves only electric cars, which are oh so much quieter. One of the most interesting things about this race series, however, is that it truly showcases not only the amazing technology behind these vehicles but what electric cars can do. It's highly likely that the inaugural Hong Kong race will bring an increased interest in electric vehicles to the city. To that end, here are four electric car brands we commonly see on the road in Hong Kong, and some important things to consider regarding car insurance should you want to purchase one.

Here are some of the most popular electric car brands in Hong Kong. Please note that we are referring to only 100% pure electric vehicles, not hybrids.

Tesla is by far the most popular electric car brand in the city. According to an article published earlier this year in the SCMP, "Tesla Motors commands 80 percent of the local market." The article went on to note that as of July 2016 there were 5,800 electric cars in the city, which means that just over 4,600 of these are Teslas.

From the incredibly popular Model S, available in four different specifications, to the impending Model X SUV and the eagerly anticipated Model 3, you can bet that these cars will continue to be a popular choice for motorists in Hong Kong.

Aside from just looking good, these cars offer some seriously good specs. For example, the Model S has Ludicrous Mode which can launch a P100D from 0-60 mph (97 km/hour) in just under 2.6 seconds. Not to mention that the newest models have continuously increased their range, with Car and Driver reporting that the 2017 model has close to a 320 mile (515 km) range. All of this does come at a cost, however, with the most basic Tesla Model S starting at HKD 555,000 before tax breaks. The Model X is slated to start at HKD 610,200 for the base model when it goes on sale in Hong Kong in early 2017.

Originally launched in 2012 in partnership with the government, the always popular Nissan Leaf has seen fairly strong sales figures in the past in Hong Kong. In fact, the Leaf is used by some government departments. Designed to be a competent family runabout, the Leaf has sold more than 230,000 vehicles worldwide since its release in 2010.

A perfectly capable vehicle for Hong Kong, the 2017 Leaf offers a range of nearly 200 km, and with a quick charger its batteries can be charged to 80% in around 30 minutes.

Tesla isn't the only luxury car maker with an all electric vehicle in Hong Kong. In fact, we are starting to see an increasing number of BMW i3s in the city. Billed as an "urban" vehicle by BMW, this compact car has a lot to offer drivers. From one of a kind looks to constantly improving design, the i3 has proven to be popular with drivers around the world. In fact, according to BMW, "the BMW i3 occupies third place on a worldwide basis since its market launch in November 2013."

One of, if not the largest manufacturer of electric vehicles in China is BYD. In fact, if you have been in Shenzhen in recent years there is a good chance you have been in one of their blue hybrid taxis. The company also makes an electric vehicle, the e6. This SUV was part of a short-lived government initiative in Hong Kong, which saw the launch of 45 electric e6 taxis in the city.

While the taxi program was a bit of a failure, you will still see the odd e6 driving around the city. After all, they are made just across the border. According to the website, these cars have a range of around 300 km on one charge.

Consider this before buying one

If you are looking to purchase an electric vehicle in the near future, there are a number of important things to keep in mind before you do so, especially when it comes to your insurance. Here are five:

1. Your charging station may not be covered by insurance

One of the most important tools you will need to buy if you are serious about owning an electric vehicle is a charging station. While many vehicles can be charged using the everyday plug we use for all other electrical devices, this will take an awfully long time. Instead, most manufacturers recommend purchasing a charging station. This device attaches to a wall in your garage and allows increased power to be fed to the car's batteries, charging them quicker.

While this is an essential part of owning an electric vehicle, they are not usually covered by motor insurance policies in Hong Kong. So if the vehicle and charger are damaged, there is a good chance you will have to pay for the repairs to the charger out of your own pocket.

2. Using technology like self-driving may cause issues with insurance claims

Electric cars are the perfect vehicles for technology, with many manufacturers integrating an ever increasing list of tech-based features like self-driving, advanced routing via GPS, tablet-like interfaces, etc. Arguably the most popular feature is self-driving. While it is pretty good, there have been accidents that occur when people are letting the car drive itself.

Because this is a new form of technology, insurers have not actually all implemented rules around whether they will cover accidents that occur while using this mode. For most accidents, it is highly likely that insurers will consider claims on a case-by-case basis. If, for example, you let your car drive itself while you sit in the back seat (no driver in the front seat), and there is an accident, it is likely that the insurer will deny a claim, as you basically are taking an unnecessary risk.

3. Some insurers may not cover cords connected to your car while charging

What we mean here is that if you are in a public location and are charging your vehicle you are going to need to use the power cord. Anyone who has power cords running along their floor has likely tripped on it at least once, and this could very well happen while you are charging your car.

If the person who trips is not the driver, then you may open to liability. If you have insurance this will be covered in most cases, but there are plans out there that don't cover power cords connected to your vehicle. It is therefore, a good idea to check with your policy to ensure you will be covered.

4.Your premiums may increase faster than other cars

This is not the case with all insurers, but if an insurer in Hong Kong deems electric cars to be risky, they will likely attach higher premiums for insurance. This is not ideal, but we have seen it happen in other countries, and it is entirely possible that it could happen here in Hong Kong. That's why it is so important to work with a broker like Kwiksure who can help you find the best value insurance for your car.

5. Not all car insurance policies for electric vehicles are created equal

Finally, like all other car insurance policies, there are a great number of policies on the market that now cover electric vehicles, or have included coverage benefits for electric vehicles in their existing plans. Because of this, you can bet that policies will have different levels of coverage for different cars. For example, some policies will include coverage of charging stations and cords while others may attach a limit. This makes it important to ensure that you not only shop around but also understand all of the coverage benefits offered by prospective insurance plans.

Talk with the experts at Kwiksure today to learn more about your electric vehicle insurance options.

Previous - Typhoon's spinning up, is your car covered?
Next - Tires and your car insurance
Kwiksure Blog