The health risks in the Hong Kong workplace 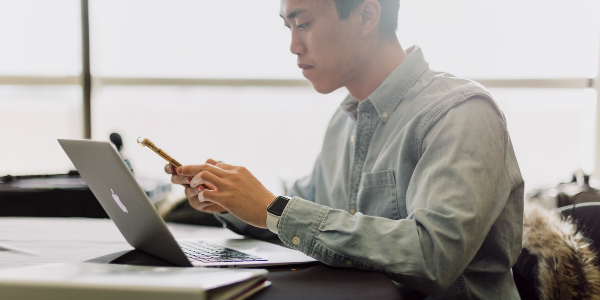 Hong Kong is a busy city with a fast work pace, so there are quite a lot of health problems to consider. The pace of cities such as Hong Kong are becoming more chaotic, which can result in an increased amount of workload. People are working longer hours, and some even twenty four hours a day.

With longer working hours comes potential health problems, including those that can affect mental health. Depending on the job role, stress levels can double, especially if there are deadlines to meet or problems with specific tasks. There are physical effects of stress such as headaches, muscular tension, raised heart rate, skin rashes, mood swings, eating problems and even insomnia. There can be a knock-on effect as if an employee is suffering from insomnia, then it will affect their performance, which in turn can cause an employee to worry and thus creates a continual cycle.

Majority of health accidents in the workplace in a city like Hong Kong are physical. One of the major hazards to peoples health is illness, more specifically, cold and flu. Since the outbreak of SARS (Severe Acute Respiratory Syndrome) in 2003, a substantial amount of people in Hong Kong have paid close attention to flu-like symptoms in fear of another outbreak happening. This is a big health risk because the disease spreads in a similar way to the common cold. If an infected person comes in close contact with others, then the likelihood of the disease infecting others is higher. Enclosed spaces are a great place for diseases to spread. Illnesses like cold and flu can be avoided by washing hands regularly and wearing a surgical mask if a colleague already has a cold.

Physical jobs come with physical problems that are hazardous to health. In 2011 the population of Hong Kong was over seven million, and majority of those people live in high-rise flat blocks due to lack of space. Housing prices are also a problem, so this means people in Hong Kong tend to move a lot. That results in large, heavy objects that need to be moved and not all buildings have lifts. According to the Hong Kong Occupational Safety and Health Association's statistics, in the first half of 2012, there were almost twenty thousand reports of occupational injuries. These can be avoided if precautionary measures are taken while in the workplace, for instance, lifting heavy objects correctly and consulting the workplace safety handbook.

With dry winters in Hong Kong, the likelihood of fires in the workplace drastically increases. According to the Hong Kong Observatory Fire Danger Warning, from September to April, there was significant rise in the average number of fire incidents. Depending on the industry, such as building jobs that involve welding or cooking jobs that involve using a gas stove, there is an increased amount of risk. Employee's need to be mindful of electrical appliances in offices and ensure sockets are switched off at the end of the day or after use. Fire-related injuries can range from minor to serious burns, as well as smoke inhalation. Smoke inhalation can be fatal, so ensure that during drier seasons the Hong Kong Observatory's yellow and red fire warnings are checked.

Road traffic accidents can be a danger to health in the workplace too, especially for private drivers, taxi drivers, bus drivers, delivery drivers or even for people traveling to work. Based on government statistics, on average there were 41 traffic crashes on a daily basis in Hong Kong in 2006, and involved 52 casualties, as well as 61 vehicles. When a traffic accident occurs, injuries can range from whiplash, open wounds and broken bones to brain damage, organ failure and even death. It all depends on how serious the crash is. Majority of incidents are slight and not serious or fatal, but precautionary measures should still be taken to avoid crashes such as being careful of speed, giving way to other traffic and using vehicle mirrors correctly.

There may not seem that many accidents associated with working in an office, but one of the most popular problems office workers face is posture and eyesight related, due to working at a computer for hours at a time. There is a syndrome that people can develop called Computer Vision Syndrome. Although this is a temporary condition, it can result in headaches, blurred visions and neck pain. Ways to avoid this condition include taking regular breaks from looking at a computer screen, ensuring chairs are adjusted properly and working in a well-lit environment.

Jobs that require physical labor, like engineers, electricians and builders can face a large amount of risks to their health on a daily basis, and other jobs involving handling hazardous substances or working from great height can also be risky. A lot of accidents can be avoided if people take care while in the workplace and follow procedures. By following rules as well as consulting health and safety practices, dangers can be avoided in addition to employee's remaining healthy.

The url was copied
Previous - Hong Kong Water: Worthy or Worrisome?
Next - WebMD: The Pros and Cons