The cost of hiring a domestic helper in Hong Kong 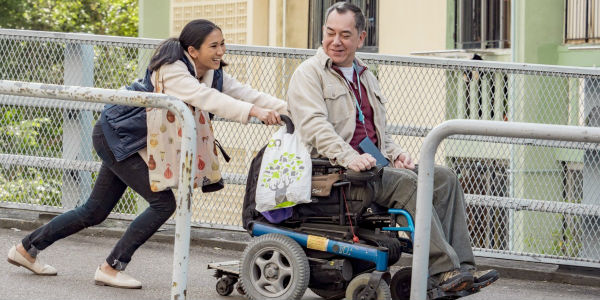 Still Human, which depicts the relationship between a wheelchair-bound man and his Filipina domestic helper, is a local film that has won multiple major awards and received critical positive reception. Despite it being a fictional story, foreign domestic helpers are indeed rather common in Hong Kong since the hectic lifestyles and demanding work cultures mean little time for chores. According to government statistics in 2017, there were as many as 370,000 foreign domestic helpers in the territory.

However, contrary to common belief, apart from the helper’s salary, the employer will also need to bear other expenses such as travel costs, medical fees, and insurance premiums. In this Kwiksure article, we will list out the most common costs required for hiring a domestic helper so that you can make a more informed and sensible financial decision.

Who are eligible to hire?

The Hong Kong government has set a minimum financial requirement for hiring a foreign domestic helper. A Hong Kong citizen needs to have a monthly household income of no less than HK$15,000 or assets of comparable amount to support the expenses for the entire (i.e. two-year) contractual period.

An overview of the hiring cost

The initial cost of hiring

If you are hiring through a domestic helper agency, you’ll have to pay an initial cost that falls between HK$2,500 - HK$10,000, depending on the contract details of your helper or agency. Remember that an agency cannot charge more than 10% of one month salary to the helper.

Alternatively, you can hire a helper who is finishing her contract so that you can save the fees of the agency.

After the initial cost of hiring, naturally the next question will be “how much is the minimum wage for domestic helper in hong kong?”. According to the government, for contracts signed on or after 28 September 2019, the minimum allowance wage is currently set at HK$4,630 per month.

Furthermore, domestic helpers are entitled to an allowance for food of HK$1,121 per month; or the employer must provide food instead of the allowance. However, these are only the basic pays and you should offer a better salary to get a chance to hire a more experienced helper.

Employers are responsible for purchasing the flight tickets to and from your domestic helper’s home country. This means that you will have to pay for her flight before she comes to Hong Kong and also her travel after she finishes her contract. Depending on where your helper lives, this cost varies and can be anywhere between HK$1,500 – HK$4,000.

Employers are also obliged to take care of their domestic helpers’ medical costs. Therefore, it is best to take out a medical insurance plan to protect your helper and limit your expenses.

Employee’s compensation insurance is a form of insurance that is mandatory for all employers. The cost is usually around HK$300 - HK$1,500. Employers will usually purchase a domestic helper insurance policy to cover various aspects such as the aforementioned health coverage, accident coverage, repatriation expenses, and more.

Unbeknownst to many employers, but if your domestic helper get pregnant during the contract term, she is entitled for 10 weeks of leave with pay.

Costs in case of contract termination

Should you terminate your contract with the domestic helper before the stated maturity date, you will need to pay for her travel costs so you should select your helper carefully to avoid additional expenses.

How should you select the right maid insurance?

In the process of hunting for the right maid insurance, there are a few things you should be aware of.

Firstly, you should avoid insurance plans with very low premiums. This is because these policies tend to offer poor coverage or high deductibles in order to compensate for the low premium, which mean that at the end of the day, you may not be able to lodge claims for your expenses.

Secondly, you should select insurance companies that support stress-free claim process so that you won’t have to deal with all the hassle of the paperwork and the formalities to lodge a claim.

Finally, you should compare different insurance plans and prices before making your final decision. The best way to do so is to engage the service of an established insurance brokerage such as Kwiksure. Not only do we offer maid insurance, but we also provide other coverages such as home insurance and motor insurance. Contact us today for insurance advice, an obligation-free quote, and a free plan comparison.