Why is interest in Tesla cars dropping in Hong Kong? 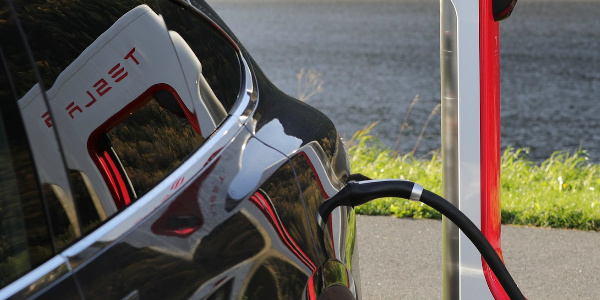 Tesla cars are expensive to insure not only in Hong Kong but virtually in any market they have entered. And while buying a Tesla just a few years back seemed like a great deal due to a tax waiver on the S model, and affordable insurance premiums that could be found at that time, the future of Tesla cars in Hong Kong does not look too bright at the time of this article’s writing.

Interest in Tesla cars drops in Hong Kong - why?

Tesla cars gained their popularity in Hong Kong and around the world thanks to their modern design, ecological electric engine, and - in the case of base models such as the Tesla 3 - a (relatively) consumer-friendly price tag. Future savings on fuel and protecting the environment we live in are yet more perks of owning these revolutionary vehicles.

Tax reduction give and take

Hong Kong suffers from high levels of air pollution, and as such, measures were put in place as part of the Hong Kong government’s efforts to reduce air pollution in the city in the form of new-vehicle registration tax waivers for electric cars. However, that privilege was reduced to only an HK$97,000 tax reduction, making buying a new e-car less incentivized from 2017 onward. Furthermore, in order to enjoy a higher tax break of up to HK$250,000 on a new electric car, people now need to trade in their old car first.

Another reason for a decrease in Tesla sales in Hong Kong is the insurance premiums on Tesla cars. Every car owner who has ever looked for motor insurance in Hong Kong knows that the car make and car value has an impact on overall car insurance price. Tesla is classified as a luxury, electric, and sports car all at once, which automatically inflates the premium substantially. In the case of Teslas, however, what has led to a premiums increase of 3 times the previous year’s quote recently are high repair costs and claim frequency.

As covered in one of our previous articles, Tesla’s appointed service centres and repair shops are driving up prices, as there are only a few of them in the entire city. Without a healthy dose of market competition, prices for minor repairs can go up multiple times more than for another car of similar value.

Insurers who are now doubling or even tripling insurance premiums for Tesla cars state that in the previous years, not only did they receive higher than market value claim amounts, but also an unusually high frequency of claims had been submitted. This is perhaps due to Tesla car owners, due to the high costs of the car repairs, filing insurance claims more often, even for smaller repairs.

Another reason behind the high claim frequency is that Tesla’s engines accelerate very quickly - faster than diesel or petrol engines, possibly increasing the number of small collisions on roads or while parking, and hence, cosmetic repair claims increased.

I have a Tesla car in Hong Kong. What are my insurance options?

The important thing to keep in mind is that insurance companies, in order to protect their business, are increasing insurance premiums for Tesla cars, and there is really not much you can do about it if you are a Tesla owner short of selling your car. Of course, your driving history and No Claims Discount still count, and may grant you a lower premium, but you should prepare for an average 50% increase in your yearly premiums.

There is one more way you can increase your chances to get cheaper Tesla insurance, and that is to work with an insurance broker, such as Kwiksure, and compare plans and quotes from multiple insurers. Our team has been in the motor insurance business for 18+ years, and in that time, has developed strong relationships with insurers, which gives us leverage when it comes to motor premium negotiation.

Contact us for free Tesla insurance advice and a free quote today!