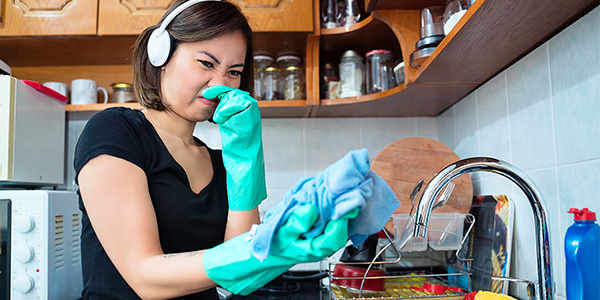 A foreign domestic helper (FDH) who is loyal and a great match for your family is one in a million. However, if there ever comes a time when you need to terminate the contract, how do you break off the employment relationship amicably? Today at Kwiksure, we will zoom in on the procedures and processes for domestic helper employment contract termination.

Both the employer and the domestic helper have the right to prematurely terminate the employment contract by giving one month's notice or pay one month's salary in lieu of notice. In this article, we'll focus mainly on this method of contract termination.

Termination upon finishing the contract

If neither party has their heart set on renewing, you only need to maintain this employment relationship until 28 days before the work visa granted by the Immigration Department expires. Alternatively, both parties can continue their employment relationship right up to the day the contract expires. Both scenarios above are considered ways of finishing the contract agreeably.

Immediate termination due to disagreement

You have the right to deny one month's notice and one month's salary if your helper has committed a grave mistake. Several examples include, "willfully disobeys a lawful and reasonable order", "misconducts himself/herself", "is guilty of fraud or dishonesty", "is habitually neglectful in his/her duties", and more.

With that said, immediate non-contractual termination due to disagreement is a serious disciplinary action. Resort to this only if your helper has made an extremely serious mistake and persists despite repeated warnings. However, if your helper files for claims in response, the court gets the final say on whether your non-contractual termination is justified. That's why to go through this, you must have a valid and more than adequate reason.

When signing agreements and negotiating, it's best to video-tape the entire process. In addition, a third party should be present as a witness to prevent potential disagreements down the line.

Have the following documents on hand before going through with your contract termination.

Decided to break off the contract early and give your helper a month's notice? You will need to notify her of the impending termination on paper. Include the date this letter was written, and list out your helper's final day of work. She should also receive a copy of this notice letter in case it gets altered or deleted. This way, you can avoid any unnecessary misunderstandings.

In lieu of the termination letter, if paying a month's salary and asking your helper to start packing to leave right away is what you opt for, we recommend asking her to provide her day of departure 14 days from now. Also, request her signature on the "confirmed date of departure from the Hong Kong flight ticket letter".

For an example of what a termination letter looks like, check out this sample letter of termination of the employment contract.

To terminate the FDH employment contract, usually, you'll have to pay the following entitlements:

As an employer, you must pay the long service payment for a helper who has served your family for at least 5 years, and meets one of the criteria below:

If your helper has been in continuous service for no less than 24 months, and due to staff redundancy, she has been dismissed or you are not renewing the contract, then you will need to pay the severance payment.

Keep in mind that you don't have to pay both the severance and long service payment.

How do you calculate the severance and long service payment fee?

*If the length of service is less than a year, then calculate according to this ratio.

Considerations to make before dismissing your helper…

Usually, laying off a helper is everybody's last resort. Before officially dismissing her, consider the following questions:

Did you openly discuss any issues you have with your helper?

Your helper may not be aware that there is a problem in the first place if you don't talk to her, so of course, she doesn't see the need to improve.

Did you give her tips on how to improve her work performance?

Being new to your family means she might need extra time to adjust to the new environment. For instance, if she doesn't cook the best-tasting food, she can always improve with cooking lessons.

How long do you have until the employment contract ends?

You might want to keep her until the end of the contract is almost up. This way, you'll have more time to find the right helper for your family. What's more, you'll save up on payment in lieu of notice, as well as other termination entitlements.

Is the decision to terminate the contract made out of anger?

When you're angry, it's easy to make rash decisions you might regret. Before reaching the point of no return, why don't you think about it for 1 to 2 weeks? During that time, you can ask your family for a second opinion to decide objectively on whether to dismiss her.

How do you build a good working relationship with your domestic helper?

What's the best way to find a domestic helper in Hong Kong?

How are the coronavirus restrictions affecting domestic helpers in HK?

First, consider asking for help from a domestic helper center. Generally-speaking, if this is your first time hiring a helper and dismissing her because of her poor job performance, certain centers will not recharge you or a part of the fee will be waived. Read on for several additional precautions to take and their solutions:

Some helpers return to their hometowns to visit their relatives, but refuse to return to work in Hong Kong. There are limited things you can do as an employer in this situation. To prevent this from happening, sign a letter of undertaking with your helper before she returns home to visit relatives in her hometown. Have her promise to return to Hong Kong before the specified date to continue the contract. Otherwise, it will be treated as an automatic resignation.

Plan the contract termination in advance and keep it a secret

Keep in mind that the time the entire hiring process for a new domestic helper is usually around three to four months. Thus, it is best to plan in advance in case there is no one to take care of household chores after the dismissal. During this time, you should be responsible for your own mailbox keys. Alternatively, use your work address as the correspondence address with the Immigration Department to prevent the current domestic helper from discovering that you are looking to dismiss her.

Put simply, you must keep it a secret from your current helper that you are preparing to fire her. This is so as to not affect her work performance and mood. Give her a better "Release Letter" if the domestic helper feels down after she has been discharged. It will help her in her search for a new employer in the future.

On her last working day, both of you should go through all formalities in person at the foreign domestic helper center. This is because the staff there are more familiar with the termination procedures, which reduces the chance of missing any steps. A third party can also help mediate and avoid conflicts. In addition, if it is an immediate dismissal, we recommend arranging for dismissal during the day so that your helper has some time to find a place to stay.

You can call the consulate, the police, or the employment center for assistance in mediation if your helper refuses to leave. Change your lock and key to your house as you see fit after the foreign domestic helper leaves.

Restrictions on the dismissal of foreign domestic helpers

The Employment Ordinance stipulates that the employer cannot end the employment contract under the following circumstances:

Due to the raging COVID-19 pandemic, the government announced on December 30, 2020, the extension of the domestic helper visa.

First, any FDH contract that expires on or before March 31, 2021, can extend the validity period for up to 3 months with the agreement of both parties. If the new helper cannot be arranged to come to Hong Kong within the extension period, you must hire her nonetheless and apply for contract renewal.

With the employer’s consent, FDH can also apply at the Immigration Department for a postponement of returning to their hometown for vacation. Only FDH who completed her original contract, and either renewed it with her current employer or start a contract with her new employer is eligible for this arrangement. Take note that this postponement must not exceed one year from the end date of the current contract.

FDHs who terminated their employment contracts early cannot apply for an extension of their stay in Hong Kong as visitors. Instead, they must leave Hong Kong after the completion of the contract or within two weeks after its termination, whichever is the earlier date. This prevents FDHs from abusing the flexible arrangement and frequently changing employers.

With over 20 years of experience in the insurance industry, Kwiksure provides a wide spectrum of policies, including domestic helper insurance. We provide outpatient and inpatient coverage for your helper, while protecting you against liabilities. Contact our team of expert insurance advisors today for impartial advice and a free plan comparison!