Why does space insurance need to take off? 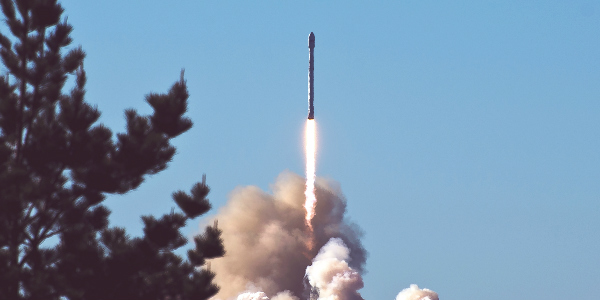 The argument is that since it’s necessary for drivers to have insurance before getting on the road, it should also be necessary for space companies to have it before they launch spaceships into the sky. Providing insurance for space travel might not seem like the most logical business decision. After all, the customer base is rather small, and the risk is galactic.

According to an expert, the insurance industry collected USD $715 million in premiums and paid out $636 million in claims in 2017. While that is a small profit, margins are known to fluctuate from year to year. Having a small customer base increases volatility. With that said, insurance is a business that continues to be profitable. A handful of insurance writers across the globe have combined their expert knowledge to help the space industry evaluate risk and write policies.

However, a new stage of space flight calls for some major changes.

The risk involved with space travel

Space travel is becoming more common since private companies are decreasing the costs of launch satellites and vehicles. Space industry insurance comes in several forms, such as:

Specifically speaking, satellite coverage is going to get much more complicated. Earth’s orbit is already dealing with space debris, which are pieces of junk moving around uncontrollably. The debris includes discarded rocket boosters that date back to the start of space flight and small pieces of shrapnel from the satellite explosion in 2007 and collision in 2009.

The most crowded area is low earth orbit (LEO), and companies like OneWeb and SpaceX are planning for new satellite constellations that will add a large number of new devices in LEO. The enormity of space makes collisions rare, but increasing the amount of stuff that’s in orbit increases the chances of a crash. Moreover, the risk isn’t limited to objects that are dead in orbit but also involves potential crashes between active satellites.

A relatively inexpensive satellite can cost a few million dollars. Companies operating large communications satellites in geosynchronous orbit, which can be valued at USD $1 billion, are especially interested in protecting their huge investments from spaceborne projectiles. That’s when insurance plays an important role. Without insurance, satellite operators would be required to write off the satellite as a total loss, and possibly cut deep into its bottom line.

A crucial part of what insurers do is to assess collision risks. As is the same with all other fields of insurance, the greater the risk, the greater the premiums. This is a primary concern for underwriters. If more collisions do happen, the insurance market will react by increasing premiums.

The space community is eagerly trying to solve the collision issue. Many in the industry are calling for tougher standards for new satellites to prevent them from becoming yet another dead object in orbit. Additionally, other researchers and startups have grand plans for devices that may be able to de-orbit or move some of the debris.

Chris Kunstadter, XL Catlin’s senior vice president, said insurers are “involved” with some of those activities but declined to give any further details. He said, “Everyone recognizes that it’s in their interest to develop solutions to the issue.”

How insurance has evolved

Insurance for space flight isn’t limited to the private sector. Three decades ago, the US government decided to cover large amounts of collateral damage if a disaster occurs during a commercial rocket launch. Even though that insurance doesn’t cover valuable payloads or the cost of a rocket, which requires private coverage, it does cover the potentially catastrophic damage if, for example, a rocket fails and plunges into a densely populated area.

The government’s decision to accept that responsibility was a turning point. Jim Cantrell, the CEO of Vector and an early SpaceX executive, commends that decision for making the existence of commercial space companies possible. According to Cantrell, it was a win-win situation since it reduced the risk for private sectors and gave the government a reason to regulate the launch industry to make sure that companies would not build reckless projectiles.

Fast-forward to the present day, and the US is home to SpaceX, one of the world’s most successful rocket companies. A few mishaps aside, the rocket startup founded by Elon Musk is a prosperous business that continues to win launch awards against longtime government contractors.

Insurance underwriters who are in charge of the other policies that rocket companies require for launch are at ease with SpaceX. What’s more, other contenders in the launch game have long track records that make accessing their launches easy.

The rise of new space startups means there are many new risks to be established. Whenever a new rocket gets on the market, it has to be carefully assessed by federal regulators and insurers. A considerable amount of rocket companies have come about in recent years; some of which are starting to enter the market.

Rocket Lab, a private US-based spaceflight company, completed its first orbital flight earlier this year and recently launched four satellites into orbit. Similarly, Vector aims to reach orbit before the end of 2019. Jeff Bezos’ Blue Origin and Richard Branson’s Virgin Orbit will also introduce their own orbital launch technology in the not too distant future. Cantrell stated, “That’s where companies are made or lost in this commercial business is insuring for their loss.”

Properly evaluating the risk of newcomers is crucial for insurers, but only some of them will cause a significant dent in the insurance industry’s revenue. Most startups, such as Vector, are planning to launch small, affordable rockets that will result in relatively cheap satellites.

However, less financial risk also means less reward for insurers. Even though it is anticipated that the global space economy will triple to USD $1 trillion by 2040, the insurance sector increases around 14%, from around USD $700 million to USD $800 million, according to a report from Morgan Stanley.

While space insurance is not on offer just yet, Kwiksure provides instant access to comprehensive insurance products from more than 60 of the best insurance companies in the world. Contact us to receive a free, obligation-free quote from one of our expert advisors.