Are robo-taxis the future of urban transportation? 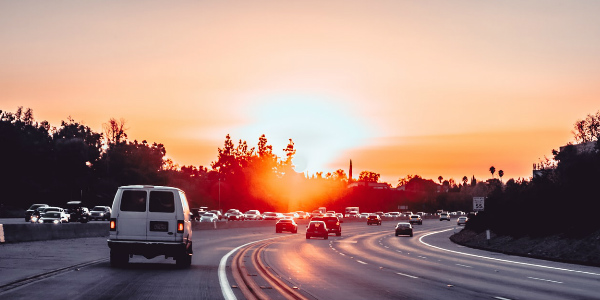 Autonomous vehicles and robo-taxis have undoubtedly revolutionized the way we think about transportation in the future. Just a couple of years ago, the US’ National Association of City Transportation Officials (NACTO) published its introductory guide to self-driving vehicles. The guide focused on the possibilities of autonomous cars, which could eliminate the need for owning, driving, or even parking a car.

The first version described a sophisticated, though rather imaginative, perspective of cities in the future - where parks replace parking meters and painted car lanes, and residential streets have lots of green open space and road access is limited. The idea of autonomous vehicles and robot taxis replacing cars as we currently know them certainly sounds good, but is it too good to be true?

In this Kwiksure article, we’ll take a closer look at the current state of autonomous vehicles and whether robo-taxis are likely to be the future of urban transportation.

The vision of autonomous vehicles

That’s probably why NACTO recently published a second version of the autonomous vehicle planning guide, which looks at the project with a more skeptical attitude. The 131-page guide offers details on ways some of the US’ most influential cities can prep for autonomous vehicles, even if we don’t know exactly when that’ll happen. With that said, autonomous vehicle passenger service pilot programs are already underway.

During its first month as part of the robo-taxi pilot program in California, Waymo transported over 6,000 passengers in self-driving minivans. While the data gives some insight into the potential demand for commercial autonomous vehicles, it is worth noting that the pilot program is not open to the public. To top it off, companies in the program have to offer rides for free, making it difficult to determine what the actual demand for self-driving passenger services will be.

Driverless vehicles and the CPUC

In May 2018, the California Public Utilities Commission (CPUC) authorized two pilot programs for transporting passengers in self-driving cars. The Drivered Autonomous Vehicle Passenger Service Pilot Program enables companies to use autonomous vehicles for a ride-hailing service, though they must follow specific rules such as having a human safety driver behind the wheel and not charging for rides. Alternatively, the second CPUC pilot would let companies operate a driverless passenger service if they obtain a permit.

The results from last quarter

Despite receiving a permit two months into the second quarter, Waymo is in the lead when it comes to rides. According to its CPUC report, Pony.ai didn’t have a single ride in the last quarter, while Zoox’s report shows that its 10-vehicle fleet made 103 trips, transported 134 passengers last quarter, and traveled 352 miles over the trips.

In comparison, Waymo’s fleet traveled 59,886 miles and completed 4,678 trips during the last month of the quarter. While the numbers are impressive, industry experts wonder if the collected data will help companies and state regulators determine the value and problems of commercial autonomous vehicle services.

The program requires permit holders to submit anonymized data regarding each operating autonomous vehicle. Any company involved in the pilot must provide total vehicle miles covered during passenger service, along with total miles in electric vehicles on a quarterly basis, if applicable. Aside from total miles traveled during operation, other data requirements include idling time, miles traveled to reach the pickup point, and vehicle occupancy.

The goal of the collected data is to help the CPUC come up with a framework for the permanent deployment of robo-taxis in California. But still, the data might not be an accurate representation of real commercial service due to issues such as incorrect deadhead miles - which is a term used to describe the total miles traveled from where the vehicle originated from to the pickup point - due to testing.

What autonomous vehicle companies think about the CPUC

Autonomous vehicle companies support both of the CPUC’s pilot programs, but many submitted comments last year regarding reporting requirements along with requests for charging for rides. Since companies cannot charge for rides, they are treating the pilot as a way to regulate and gain insight into their future commercial service.

It’s still too early to tell how successful robo-taxis will be if and when they are introduced to the paying public. If autonomous taxi fleets do become a thing, will they be more economical, efficient, or sustainable than personal vehicles? Just like with the future of robo-taxis, it seems like only time will tell.

Get professional advice from Kwiksure

At Kwiksure, we help you stay on top of the latest and most interesting automobile and car insurance information. As an independent and experienced broker, our team of experts is always available to help you compare and secure motor insurance in Hong Kong that meets your needs. Contact us today to receive a free quote and get a car insurance quote comparison.