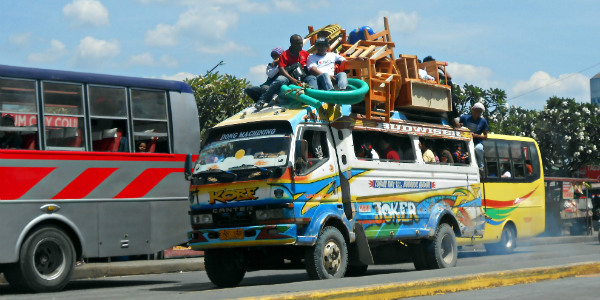 Unlike vast countries such as the U.S. or Canada, Hong Kong is such a tiny little city and it is rather unlikely that we would squeeze everything in and overload our cars during long-haul travels. However, overloading is not unheard of among commercial vehicles such as minibusses and trucks. For example, this May, a 71-year-old female minibus driver was arrested for cramming 25 passengers into her 19-seat minibus when the police carried out an undercover operation in northern Hong Kong, the SCMP reports.

While carrying more goods or passengers can certainly bring more profits to the driver, it also raises both safety and insurance issues. In this feature, Kwiksure will take a look at how overloading vehicles break the law, endanger other road users, and potentially invalidate your insurance.

What exactly is overloading?

Generally, the maximum capacity of minivans is around 2.8 tonnes. As for other forms of commercial vehicles such as trucks, the loading capacities vary, and can be found in the vehicle registration documents.

As for non-commercial vehicles, it depends on the car specs. While there is normally no specification on the maximum weight (since these cars are not designed to carry goods in the first place), there is a maximum number of passengers.

What are the legal consequences of driving an overloaded vehicle?

According to section 37(5) of the Road Traffic Ordinance (Cap.374 of the Laws of Hong Kong), a person “is also to be regarded as driving dangerously…if it would be obvious to a competent and careful driver that driving the motor vehicle concerned in its current state would be dangerous”. Therefore, driving an overloaded commercial vehicle such as a minibus could amount to dangerous driving.

Why is it dangerous to overload your car?

Other than the aforementioned legal consequences, overloading your car will also harm the safety of your own and other road users. After all, a vehicle with loads heavier than its designed specifications will not perform as it is intended to and may result in the following malfunctions:

Overloading may hamper your tires

To check how much weight each tire can carry, you can refer to your tire code, which is an ISO metric used by almost every tire manufacturers around the world. It will likely look something like P205/60R15 70H. In this example, you can refer to the fourth number (70) and third letter (H), namely the load index and speed symbol. 70 means 335 kg per tire. You can check out our previous article for more information about tires. Wikipedia also features an overview of what different numbers and symbols mean in the tire code.

Will my insurance policy cover me if I am driving an overloaded car?

Contrary to popular beliefs that overloading will not be covered, the fact is that insurers typically may still compensate you for any damages, liabilities, and injury in an accident caused by an overloaded car. However, the reimbursement may not be 100% since overloading is still an intentional, unlawful behavior.

You should also note that some insurers may specifically list overloading as an exclusion in the insurance policy, in which case the policyholder will not get any compensation if he or she overloads the car. You may refer to our previous article for what you should do to prevent your car insurance from being invalidated.

With over 18 years of experience, Kwiksure is a leading motor insurance brokerage that specializes in matching clients with insurance products that best meet their needs. Contact us today for unbiased insurance advice, an obligation-free quote, and a plan comparison!

Previous - Can I get a car accident forgiveness policy in Hong Kong?
Next - A simple guide to travel insurance for pregnant women
Kwiksure Blog