The Most Expensive Cars in Hong Kong 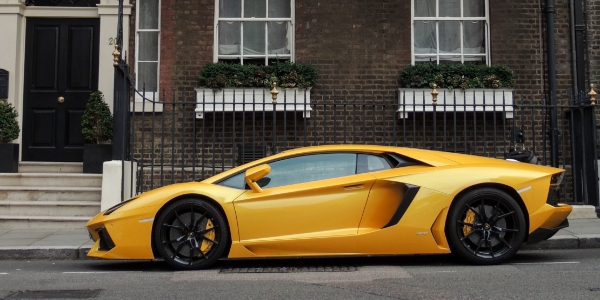 Mark Six Lottery fever is in full effect in Hong Kong and every week hundreds of thousands of ticket holders are already planning how to spend their winnings, as soon as they correctly match all six balls. And with the highest single payout at more than HK$86 million, there are plenty of popular and expensive items to consider buying.

Anyone interested in flashy cars will find just the ride they're looking for at show rooms all around Hong Kong. So even if the next big winner is not a car guy or girl, a new set of wheels should definitely be in order because mega-millionaires don’t ride the Metro, and a boring Mercedes-Benz, Bentley or Rolls-Royce simply won’t do.

Here is a short list of the priciest auto options; for most of us simply a wish list, but for the next Mark Six winner, some very applicable advice.

To shop in the poshest of auto salons, the biggest spending patrons need to understand that they will usually be getting nearly 1,000 horsepower, but typically only a couple of doors - the majority of Hong Kong’s most expensive cars are not going to prove very practical for dropping the kids off at school, but there is always a taxi for that task.

Not only is the Lamborghini Veneno the most expensive new production car for sale in the world in 2013, but it is also one of the rarest, with just 20 units being sold worldwide. You won’t have to worry about the car park being full of them when you drive up to the yacht club. Lamborghini has announce they will sell just three Venenos for the first year, but judging by the fact that they sent a pre-production model to the Hong Kong Auto Show, perhaps they had the city’s next big lottery winner in mind. The Veneno is estimated to go for around HK$30.4 million (so it is going to take a big win to buy this one), but for the paltry sum of around HK$12.4 million, a Reventon could still be well within your price range.

Basically unchanged since it came out in 2005, the Veyron is getting a little long in the tooth in the looks department, but “the world’s fastest car” (this is debatable, though it is definitely fast) hasn’t gotten any cheaper since it was new. Each one of its 1,001 horsepower will cost about HK$18,611 (or HK$18.6 million for all of them, but then they give you the rest of the car for free). But at least Bugatti is still taking orders for the Veyron, so the chances of being able to eventually buy one are good.

For just HK$26.4 million seven lucky people (lottery winners are considered lucky, right?) will have the chance to purchase a supercar manufactured in Dubai, from a company that no one has ever heard of. Warranty work will be tricky should the car ever need it, since W Motors likely won’t open a dealership nearby, but the crazy looks and insane speed should make up for any other inconveniences.

The true king of speed on this list is the Swedish designed and built Koenigsegg Agera R, with a top speed of 435 kph, though it requires an indemnity waiver to unlock the speed limiter, otherwise you will have to make due with a top speed of 380 kph for getting to and from work. Still, that’s a lot of fast for HK$14.4 million, though it will make shopping at IKEA a bit disappointing in the future.

Regular Aston Martins are for regular rich people, and who wants to be one of those? Thus, for HK$14.4 million a total of 77 “special” rich people will have the honor of owning the fastest (and priciest) production Aston Martin ever; the One-77. The name is not really that accurate, however, since a mainlander made the One-77 slightly rarer when he visited Hong Kong last year. So, it is possible that your One-77 will be the only one in the city, but hurry up and collect your winnings because these autos are almost all sold out.

The Zonda Cinque is the fastest road car that Pagani has ever built, but the "cinque" part of the name is a clue that it will be hard to find one: "cinque" means "five" in Italian, and that's how many models have been made. The sticker price of the previous model was HK$14.4 million. Still, the Cinque is crazy fast and crazy light, so if you can overlook the passé style of the older body, it might be worth driving one every day. If you can’t bear to be seen in last year’s fashion, however, the new Zonda Huayra is likely a better choice, for just HK$10.1 million, though it will be much less rare. Sort of like buying couture versus off-the-rack designer shopping, really.

For the buyer looking for a bit more practicality, Maybach is happy to offer the Landaulet. The name means back-half convertible in old car terms, but the fact that it sounds similar to “land yacht” should be a clue that this vehicle is huge. This 3.8 meter long four-door luxury mansion-on-wheels is so spacious in the back that it could host a garden party. Awkwardly, however, all your friends would have to stand up since it still only has a total of four seats (and one is for the chauffeur). Perhaps Maybach could make yours more like a minivan and add an extra row of chairs in the middle. It seems like the least they could do for HK$10.7 million.

Another car company that no one has ever heard of, this time from Denmark, is hoping you will fork over HK$9.5 million for one of the just 15 Zenyo ST1s that will ever be built. Similar to the Lykan, this car looks and goes super-fast, but this time it can be repaired if it gets the hiccups, since Zenyo says they will send a “flying doctor” technician to the car’s location for repairs when needed. So with that issue covered, the only other problem is the fact that it sounds like a cheap knock-off TV brand from China.

Another car with a dumb name is the Ferrari LaFerrari. Why? Because it translates from Italian into English as the Ferrari The Ferrari. Moniker aside, it looks like a more modern version of the older Enzo, which now sells for over double what it cost new (the Enzo was only about HK$4.7 million when it came out a few years ago), making a used model about the same price as a new LaFerrari: around HK$10.1 million. Another benefit of a LaFerrari is that it’s a hybrid, with an electric motor that adds 160 horsepower for a total output of 950. But you could tell your friends you got it as an environmentally conscious choice. Plus, it will be rare, with only 499 ever to be built.

Don’t Forget to Personalize It

So long as you are blowing cash on a ride that proves money is no object, make sure to get a vanity license plate to match. The current record for the highest bid ever for a number plate in Hong Kong was HK$16 million, but that was for the luxury having the highly coveted “18” as the plate ID. (Was it his lucky number?)

There is likely much less competition for the six numbers that made you a millionaire, though you will have to make a special request for the ID tag through the Hong Kong Transportation Department. But, at least you can feel good about your spending because the proceeds from vanity plates go to local needy charities.

Previous - Happy Buddha: The Health Benefits to Living a Buddhist Lifestyle
Next - Your Guide to Public Transport in HK
Kwiksure Blog