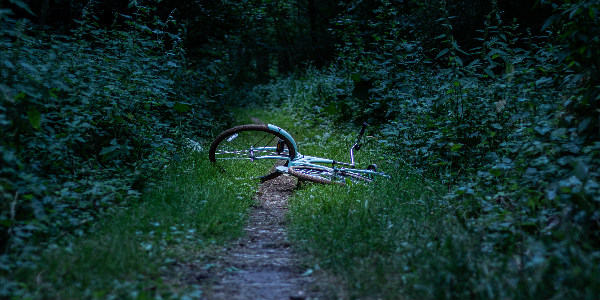 If you’re planning your next holiday trip and you’ve been looking around the internet to find out which countries to stay away from, you’ve probably come across a list that looks something like this.

Don’t go to countries that are at war:

But honestly, are you really looking to visit these countries any time soon? To really help you truly put your travel worries to rest, our experts at Kwiksure take you through the top 10 most dangerous places to visit that you don’t know about.

The first places to avoid when traveling abroad are places with high rates of crime. However, these places can be hard to spot as they are often hidden within a seemingly harmless city.

Mumbai is a must-visit city when you’re traveling to India. Mumbai, formerly known as Bombay, has grown to become a metropolitan with stunning architecture. It also houses one of the world’s biggest film industries, Bollywood.

However, in Mumbai, you can also find the biggest slums in India, as well as districts with exponentially high crime rates. In particular, you should stay away from the Vile Parle-Bandra-Kurla stretch. This northern area of the city is infamous for having some of the highest rates of crimes, such as burglary, rape, and even murder.

While most visitors to the US may not stay in Baltimore City, some tourists may drive through Baltimore on their road trip holiday. While the city is relatively safe to drive through during the day, try to avoid doing an overnight stop in the city, especially near the North Monroe Street/ West Lanvale Street. In this neighborhood, the crime rate is 19 times the national average, and you stand a 1 in 13 chance of becoming a victim if you live in the neighborhood.

Johannesburg is one of the most advanced cities in Africa. Yet, up to 5,440 contact crimes were reported in Johannesburg Central between 2018 and 2019, according to the South African Police Services. This makes Johannesburg, or Joburg, the city with the highest crime rates in South Africa. Although Johannesburg is still generally safe to visit, you should not be walking outside alone at night.

Stay away from places with organized crime

The days of city-wide drug cartels may be long gone in developed countries like the US and the UK, but they’re still very much alive in many other countries. While it’s obvious that you should stay away from these places, drug-infested neighborhoods are often minutes away from popular tourist destinations. So make sure you do your research to avoid wandering into an area infamous for drug crime.

Like Fortaleza, Cali experiences various crimes related to drug gangs throughout the year. In 2018, the city experienced 1,209 homicides. While the homicide rate has been dropping in recent years, Cali’s homicide rate is still double the national average each year.

Naples is undoubtedly one of the most beautiful cities on the planet. But in the neighborhood of Scampia, it feels like you’re living in an entirely different city. Scampia is by far, the worst neighborhood in Naples. It’s filled with drug gangs and other petty crimes. You don’t want to be caught there after dark.

Acapulco was once a hotspot for tourists visiting Mexico. It’s got a classic beach and it’s filled with amazing restaurants and high-quality resorts. However, crime rates associated with drug cartels have been rising sharply in the past few years, and murder has become rampant in various areas in the city. Crime rates may drop down again in the next few years but for now, it’s best not visit Acapulco.

While the first 7 places we’ve talked about may present threats to your physical safety, the last 3 places we’ll explore may cause you lasting psychological harm. Their spooky and eerie history makes them dangerous in a more subtle way. Let’s find out what these places are.

Sitting right outside Moscow, Bitsevski Park may seem peaceful and harmless at first sight. But the park is the site of at least 49 gruesome murders committed by the serial killer Alexander Pichushkin (aka ‘The Chessboard Killer’). The killer was caught in 2006, but most locals still stay far away from the park. Needless to say, it’s wise not to stumble your way into Bitsevski Park during your time in Moscow.

Aokigahara forest is nicknamed the ‘suicide forest’. That’s because hundreds of Japanese locals have taken their own lives in the forest. Aokigahara is also said to be a destination for ‘ubasute’, a Japanese mythical practice where elderly relatives are carried into a remote area and left to die. We do not recommend you to visit Aokigahara as witnessing these tragic events may leave you a mental scar that will haunt you for years.

Our final spot goes to Sathorn Unique (aka Ghost Tower), a high-rise tower in Bangkok that was erected 20 years ago. This 46-floor building was left unfinished and today, it’s in a state of urban decay. Being an unusual site for a suicide case, locals have countless of spooky stories to share about this eerie-looking building. If you’re traveling to Bangkok, it’s best to stay away from Sathorn Unique.

Staying safe while you travel

As you can see, many of these dangerous places are situated very near popular tourist destinations. Our recommendation is, of course, to avoid traveling to these 10 places on your next holiday. However, the fact of the matter is that there are always safety risks when you travel.
This is why we’d also recommend you to get the best travel insurance so that you’re prepared for any travel accidents that may occur. To find cheap travel insurance, you can contact our experts at Kwiksure or visit our website to compare travel insurance plans today!

Previous - What to look for when taking a test drive
Next - Electronic rearview mirror review: Advantages and Disadvantages
Kwiksure Blog