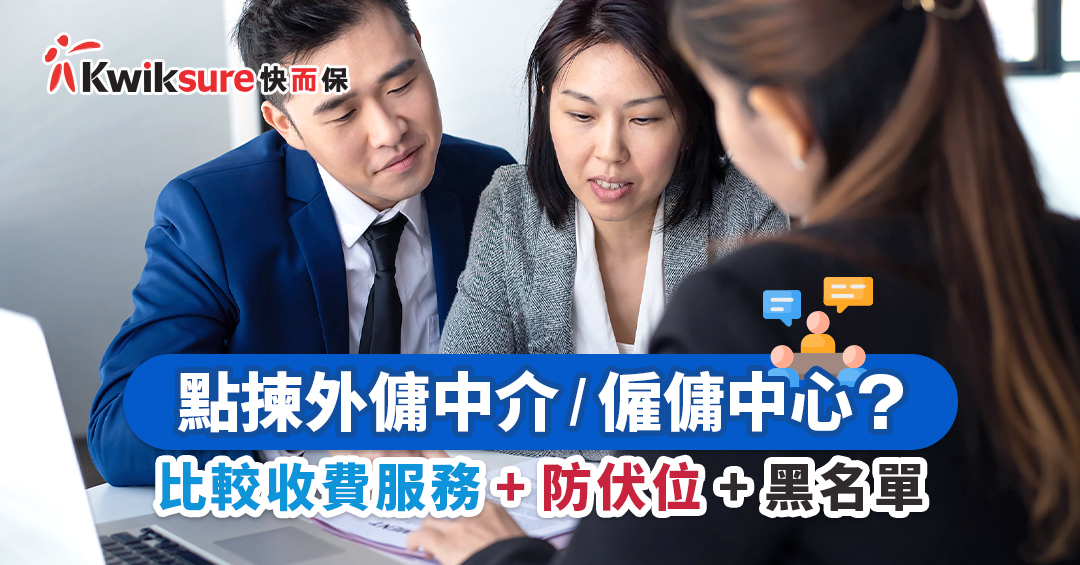 How to choose a foreign domestic helper agency/employment center? Fee and service comparison + things to be vigilant about + agency blacklist

Things to be vigilant about #1: Compare the fees and services of the top 5 foreign domestic helper (FDH) agencies/employment centers

The fees and service details will differ from one employment center to another, such as the application time, refund conditions, etc. We suggest that employers compare different employment centers based on the following criteria:

- Overseas and local medical examination fees for the helper

Things to be vigilant about #2: Beware of "unlicensed" intermediaries

There are 1,527 licensed employment agencies for foreign domestic helpers in Hong Kong as of the end of 2021, according to the government. Currently, there are no provisions in the Employment Ordinance or the Employment Agencies Regulations requiring employment agencies operating in Hong Kong to obtain official authorization from foreign governments for providing services related to the recruitment of foreign domestic helpers. Employers are therefore advised to use well-established and well-known FDH agencies.

If you wish to use a smaller FDH agency, you are advised to first go to the "Employment Agency Website" of the Labour Department, or contact the Employment Agency Affairs Division of the Labour Department at 2115 3667 to check whether these agencies are properly licensed. In addition, you should also confirm whether these employment centers hold licenses recognized by the Ministry of Labor of the Philippines, Indonesia, Thailand, etc., to make sure they are legitimate.

Things to be vigilant about #3: Pay attention to whether the FDH agency is on the blacklist

List of employment agencies that have received written warnings for violating the regulations:

Things to be vigilant about #4: Knowing the unscrupulous practices of FDH intermediaries

When choosing an FDH agency, employers should not only pay attention to the comments on social media such as Facebook, Google Review, and Instagram, but also watch out for common unscrupulous practices of these agencies, including:

By contrast, a good employment agency should clearly explain to the employer the fees, scope of services, refund arrangements, and fees for replacing the domestic helper, as well as sign a service agreement with the employer. It will also clearly explain the responsibilities of the employer, such as the minimum wage and how to calculate sick leave allowance and annual leave, to protect the rights and interests of both parties.

Things to be vigilant about #5: Pay attention to complaints lodged with the Consumer Council

Many complaints are lodged with the Consumer Council, and employers may wish to look at these examples to remind themselves to be vigilant:

In one case, the foreign helper could speak fluent Cantonese during the Zoom call, but couldn’t say a word of Cantonese in real life. It turns out that during the video meeting, there was an instant translation into Cantonese taking place behind the camera. Therefore, it is recommended that employers, if circumstances permit, try to interview in person as much as possible to understand their working ability, experience, and attitude, and at the same time let the other party understand your expected working environment, scope, and standard.

If the application of the foreign helper selected by the employer is unsuccessful or the helper fails to take up the job as scheduled, he should pay attention to whether the contract stipulates the date of the foreign helper's performance. In addition, employers should pay attention to the terms and conditions of the service in addition to the fees charged by the agency.

For example, there was a case where a foreign helper agency claimed to provide a "100% refund". Only when the foreign helper was refused to leave the country by the Philippine Customs did the employer discover that the original "100% refund" protection only applied to cases where the domestic helper failed to obtain a visa from the Hong Kong Immigration Department. Cases where the Hong Kong visa was granted were not covered by the refund clause.

Things to be vigilant about #6: Pay attention to what items need to be paid

Hiring a domestic helper through an intermediary will definitely involve documents and administrative fees. Employers should pay attention to what items are covered by the service fee to confirm that there are no hidden items that need to be paid. This is especially common with lower-priced agencies, as they may mislead employers or force domestic helpers to pay hidden fees to make up for the price difference.

Things to be vigilant about #7: Proactively ask for a refund or FDH replacement terms

Things to be vigilant about #8: If things happen too fast, something isn’t right

If the foreign helper agency/employment center promises to arrange for the foreign helper’s arrival in Hong Kong quickly, the employer should be particularly careful because the steps of each foreign helper’s application to come to Hong Kong will take time. Depending on the Indian/Filipino helper hired, the time needed will be different. For example, the body check will take 3-4 working days, and the visa approval will take 6-8 weeks. These are not things a domestic helper intermediary can speed up, so in reality, they are often just dishonest marketing tactics.

Things to be vigilant about #9: Insurance does not have to be secured through the FDH intermediary/employment center

Domestic helper employment agencies often advertise their "one-stop service" and provide several domestic helper insurance plans for employers to choose from. Many employers will simply buy it directly from the foreign helper center for convenience, and some centers will even provide labor insurance for the first year (i.e. employee’s compensation insurance), but the coverage and limits of these insurance plans may not be sufficient in many cases. The employer sometimes only finds that out when the FDH is really sick or needs to claim compensation in an accident, but by then it is already too late.

The fact of the matter is, just because your agency offers insurance plans for you to choose from doesn’t mean you cannot opt to secure insurance by yourself. Purchasing domestic helper insurance by yourself not only gives you more flexibility, but it also allows both you and your helper to obtain the exact protection needed while potentially saving money at the same time.

The above information is for reference only. Kwiksure takes no responsibility for the accuracy and timeliness of the information. For the coverage, mode of compensation, benefit limit and premium levels of any specific insurance plan, please refer to the relevant policy terms.
Author: Anthony Chan
Created On: 2022-11-18
Edited On: 2022-11-18