Hiring the right domestic helper for your family 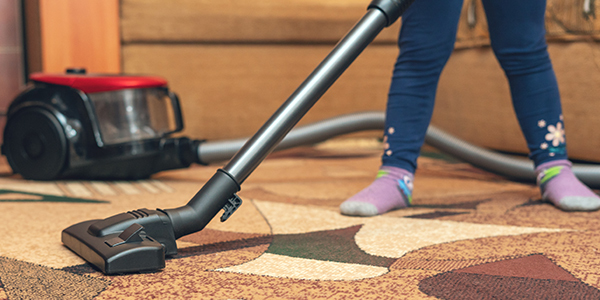 Most people don’t know where to start when it comes to hiring a domestic helper. This is especially the case if it’s your first time hiring. Because of the third wave of coronavirus, a number of foreign domestic helpers are barred from entering Hong Kong. Are you in a hurry to hire a maid? Your only option is those who have completed their contract but haven’t returned to their countries.

So, how do you know if your helper is the right fit for your family? Is it based on where they’re from, their salary, or are there other criteria?

Today at Kwiksure, we’ll look at the 6 criteria you should base your hiring decision on.

You’re likely more concerned about a language barrier than you are about where your helper is from. Here in Hong Kong, we have domestic helpers coming from Indonesia, the Philippines, Nepal, and Thailand. However, over half of them are Filipinos. Most maids from the Philippines and Nepal can only understand English. On the other hand, Indonesian and Thai helpers usually take Cantonese lessons before arriving in Hong Kong.

Filipino helpers are excellent if you don’t mind communicating in English. In addition, you can even recreate an English-speaking environment at home for your kids. Keep in mind that helpers aren’t English teachers, however. Their accents will naturally differ from an American or a British accent. Thus, parents shouldn’t be relying on their helpers to teach their children English.

Looking for a helper to take care of an elderly person? Go for a Cantonese-speaker if your loved one can’t speak English. Both Thai and Indonesian helpers can speak Cantonese, so they would be a perfect choice. There will be fewer misunderstandings if they don’t have to rely on communicating through body language.

Different ages come with different sets of pros and cons. Domestic helpers under 30 years old have less work experience, so they’ll need a longer training period. Nonetheless, new helpers tend to be more compliant. Also, they have greater energy when it comes to taking care of kids. For instance, they have less trouble waking up in the middle of the night to take care of a newborn baby.

On the other hand, older helpers learn faster but are more independent. They might even have experience caring for children. It might be easier for them to get along with the elderly, too. To put it simply, the best domestic helper for your family depends on the type of person you want her to care for.

A number of employers prefer helpers from rural areas with secondary school level education. This is because helpers who are better educated are more knowledgeable about survival skills. Most of these helpers are highly adaptive and understand the importance of hygiene. On the flip side, tertiary-educated helpers might be prideful and unwilling to work in a system where they have to follow orders.

Filipino helpers are usually at either secondary school or university level of education. In comparison, Indonesian helpers are typically not as educated.

Your helper’s family background hugely affects her work attitude. That’s why when hiring a domestic helper, you should get to know her family background. Determine if they really need to come to Hong Kong for work. This predicts whether they will be dedicated to their job and willing to work for it.

Your helper will most likely be loyal and receptive to new things if she has never worked overseas. At the start, she might be homesick or her work performance isn’t up to par. Though experienced helpers learn fast, they might compare you with their past employer. If your helper has been in Hong Kong for a while, she might even be familiar with the grey area in employment regulations. For instance, they’ll have plenty of opportunities to learn from their helper friends about how to cut corners or how to take advantage of employers like you.

Has your helper worked in Singapore before? She’ll be a popular choice among Hong Kongers. The two city-states are culturally and environmentally similar.

Overseas domestic helpers are a blank canvas. When they come to Hong Kong for the first time, employers can set the rules as needed. These helpers must pay high tuition fees to local training schools before they even arrive in Hong Kong. As a result, they’ll be unlikely to breach the employment contract. However, note that some overseas helpers come from impoverished mountainous areas. It might be their first time coming into contact with household appliances. So, you will need to spend more time and patience training them.

“Readily-available helpers” refers to those who have already trained in Hong Kong. This education saves you the trouble of training them from scratch. Additionally, you can get to know them with a face-to-face interview.

But in fact, there is no link between a completed contract and the helper’s job performance. For example, a helper might have performed poorly at her job, but her previous employer decided to continue with her contract anyway. This might be because s(he) didn't want to bother with terminating the contract or simply could not find a replacement.

In contrast, the employer might be the one to terminate this contract. There could be countless reasons. For example, the elderly under her care might be moving to a nursing home. Another reason might be that her employer’s kids are going to study abroad. None of these reasons are indicative of the helper's performance.

All in all, when looking for new maids, it’s crucial to interview them. This way, you get a better sense of their background, personality, expectations, and whether they are a good fit for your family. Now, because of the COVID-19 restrictions, the demand for readily-available helpers here far exceeds the supply. Even if you hire one, it still depends on whether your helper is satisfied with her working environment - namely her holidays and insurance conditions. Therefore, you may wish to raise your salary offer to hire the right helper.

In addition to domestic helper insurance, Kwiksure also provides car insurance (third-party and comprehensive), motorcycle insurance, VHIS, and other products. You can use our online quotation system to get a free quote! If you wish to chat with us, you can contact our expert insurance advisors, who can provide unbiased suggestions to help you compare various insurance plans!

The url was copied
Previous - Electric Cars Insurance in Hong Kong: Tips to lowering the premiums
Next - How do you build a good working relationship with your domestic helper?