Your guide to aftermarket vehicle modifications in Hong Kong 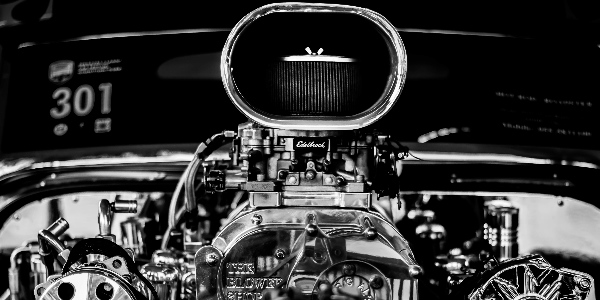 For many car owners, the idea of being able to modify their car is a popular notion, so much so that in many countries, especially the UK, Australia, US, and Canada it is common to see modified vehicles. Some drivers will add lifts to increase their ground clearance others will add parts to increase horsepower or performance, other still will add stereos and more to increase the value of the car. As the number of cars increases in Hong Kong, we are starting to see an increase in the number of modified cars, with many shops in certain districts of the city offering a wide variety of modification services.

If you have a car that you are considering modifying, there are a number of things you should be aware of before doing so, especially when it comes to the law and how insurance companies will interact with modified cars.

Is it legal to modify cars in Hong Kong?

Yes! And, no. First off, it is not strictly illegal to modify cars in Hong Kong, but the law here is still fairly strict compared with other countries. According to Section 53 of the Road Traffic Ordinance, "no person shall alter or cause or permit to be altered a motor vehicle or trailer so as to render its condition such that the use thereof on a road would contravene any provision of this Ordinance as to the construction, weight, equipment, brakes, steering gear or tyres thereof."

In other words, if you alter the state of the vehicle in a way that breaks other road ordinances, this is illegal. If you add a modification to a vehicle that does not break any of the ordinances, then it should be legal.

For example, if you add an exhaust tip that extends out past the body of the vehicle (further than the original) or makes more noise than the OEM's (Original Equipment Manufacture) original part then this will be illegal. If it does not extend length or increase noise, then this will usually be considered legal.

How can I tell if a modification is illegal?

Figuring out whether any intended modifications are legal or not can be a slightly confusing affair, especially due to the fact that there are so many road rules to consider. Luckily, the Transport Department has created a number of documents that can help car owners define whether their modifications will be legal or not.

The first document is a list of Do's and Dont's that cover the most popular types of modification carried out in Hong Kong. It can be found here, and should be read by anyone who is considering modifying their car, as there are a number of intriguing rules and recommendations that you may not be aware of e.g., it is recommended, and in some cases required, that you receive the manufacturer's consent to modify the vehicle.

The second document is a guide on notifiable alterations. Essentially, if you make certain modifications to a vehicle, you are required to notify the Transport Department before making them. It is important that if you are considering say, changing the suspension on your car, that you read this guide first as there are laws around what can be done. Click here to read it.

In reality, the police and insurance companies won't know the second you modify your car. Some drivers in Hong Kong who have modified their car may have added illegal parts, or modified their cars without consulting the manufacturer. Sit near any busy road in Hong Kong long enough and you will hear, or even see cars go by that are obviously modified and with parts that are likely not fully legal.

A quick Google search for 'engine tuning' in Hong Kong presents plenty of results, even though according to the Transport Department, engines "may be changed for the same make, model, and size, other changes are not normally permitted, unless strong supporting evidence is presented."

While it is easy to modify cars in the city, it is a risk to do so. The main reason why is that the police can ask you, at any time, to submit your car for testing at one of the Transport Department's testing centers if they suspect your car has been modified with either illegal parts, or in a way that breaks any of the traffic ordinances.

We have had cases recently where drivers had modified their cars with aftermarket parts and were stopped at a police checkpoint. The officer suspected the car had been modified and ordered the driver to submit the vehicle for testing. It was found to have aftermarket parts that were not legal and the driver was fined nearly HKD 15,000.

The other risk with modifying vehicles is how car insurance providers and plans in Hong Kong cover modified cars.

First off, any cars with illegal modifications will not be covered under any circumstances. Vehicles with legal modifications may also not be covered, it comes down to the insurer and the plan you have. Almost all car insurance providers request that before securing a policy you submit a list of modifications made and parts added to the vehicle. They will then judge whether the policy will cover the parts on a case-by-case basis, usually looking at the risk the parts or modifications can bring. One thing to note is that with almost all modified vehicles, your premiums will be higher.

If you already have an existing car insurance policy and want to add modifications to your vehicle, it is advised that you contact your insurance provider and discuss with them what you will be doing. Most providers, assuming the parts or modifications are legal, will usually add a rider to your policy. This is an addition to the main policy that states how much each part added will be covered for and any other necessary details. This will likely increase your premium too.

In the past, we have seen clients who have secured a car insurance policy and then added parts without notifying the insurer. This can be a risky move, especially if you are in an accident. Firstly, the police could charge you with illegally modifying your vehicle. If they do, the insurer will likely deny all claims leaving you to pay damages out of your pocket.

Secondly, it is risky because if you are in an accident, the insurer will assess the damages and reimbursement based on OEM parts. If you added an HKD 12,000 stereo and entertainment system, the insurer will value it at the original stereo cost provided by the manufacturer, which will likely be well below the value of parts added.

This is obviously something you don't want happening, so be sure to contact your insurer if you are planning on making modifications to your car. The good news is that Kwiksure's experts can help with this process. We can even advise on plans that may offer better coverage of legal modifications. Contact us today to learn more about Kwiksure's car insurance plan!  .