HK gov revokes electric car tax waiver - what impact will this have? 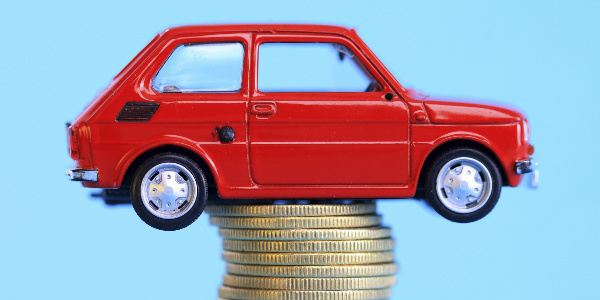 Did you know that as of the end of December 2016 the Transport Department in Hong Kong recorded a total of 7,089 electric vehicles registered in Hong Kong, compare this to the 75 electric vehicles in 2006 and it is clear to see that the popularity of these vehicles has boomed. This is largely due in part to the fact that the government waived the first registration fee making these vehicles affordable. With the latest budget, however, the government made sweeping changes to this program. Here, we look at these changes and the impact they will have on car insurance.

What exactly did the government do?

On February 22, 2016, the Hong Kong government released the new budget for 2016/2017. While there were a large number of items discussed in this announcement, one of the most controversial was the announcement that the government would stop waiving the first registration tax on private electric vehicles.

Originally introduced by the government in 1994 to encourage people to consider purchasing electric vehicles, the government announced that, effective from 22nd February, they will charge a first registration tax on private electric cars.

New buyers will not pay the full first registration tax, instead, they will be eligible for a reduction of up to HKD 97,500. Beyond that, the government announced that as of April 1, 2017, electric vehicles purchased for commercial purposes will have the first vehicle registration tax waved. This waiver will stand until at least March 31, 2018.

What will happen now?

So, what exactly does this mean for anyone considering purchasing an electric car? Well, first and foremost you are going to have to pay more when you buy an electric car. A lot more. Before we look into some figures, it would be a good idea to define how this tax works. Whenever you buy a new car in Hong Kong and register it for the first time you will be subject to what the government refers to as a 'first registration tax'.

Generally speaking, new vehicles purchased from a dealer will have this tax automatically added on to the sticker price (what the dealer says a car will cost). If you import a car yourself you are going to be responsible for paying the tax yourself when you go to register the vehicle for the first time.

If you buy a second-hand vehicle in Hong Kong you are usually not required to pay the tax as long as the vehicle has been registered in Hong Kong.

It should also be pointed out here that any person who purchased an electric car before February 22nd or put a downpayment down on one before this date, should still be eligible to have their first registration fee waived.

How much extra will I need to pay for a new electric car in Hong Kong?

If you are required to pay the first registration tax you will be taxed as such for private cars:

With the registration tax no longer being waived for new electric vehicles this means that effectively their cost has drastically increased. How much? Well let's look at an example:

Imagine you are considering purchasing a new Tesla Model X (which must we say is a fantastic looking vehicle). According to the Tesla website, the sticker price (what the dealer charges) is around HKD 720,000 before any incentives. Before, this would have been what you paid. Now, the first registration tax for an electric vehicle worth HKD 720,000 will be HKD 528,000. This means your new Model X will cost you around HKD 1,248,000, an increase of just shy of 80%.

One thing you need to be aware of

This increase has not been met with much in the way of positive acceptance, especially by people who are considering purchasing an electric vehicle. We believe that the number of second-hand sales of these vehicles will increase. If the vehicle has been registered in Hong Kong before, then you won't need to pay the first registration fee.

The issue here, however, is if you purchase a second-hand electric car and import it into Hong Kong. Not only will you need to pay the tax but this will effectively increase the value of your vehicle. In other words, your older electric car might actually suddenly become worth more than a newer car where the registration fee was waived.

When in reality, due to the fact that it is older and has more depreciation on it, it is worth less. This is an intriguing conundrum that might dictate the way these vehicles are bought and sold here for at least the next few years.

How will this impact my insurance?

The more important thing here however is the fact that this change to the way electric vehicles are taxed will have a direct impact on your car insurance. The largest impact will be on your insurance premium.

Insurers in Hong Kong actually include the first registration tax you pay on new vehicles into the vehicle's value. This value then, in turn, is used as a major determining factor in the premiums you will pay. This means that the premiums charged on plans for new or new to Hong Kong electric vehicles will increase.

By how much, we are unsure as it is still too early to see the full impact this has had on premiums. But, as the value of most electric vehicles has increased by around 80%, we expect the premiums to be around 80% higher than what you would have paid before the 22nd of February.

But what if I already own an electric vehicle?

It is hard to tell how insurers will work with premiums for people who already own electric vehicles and have an insurance plan. There is some concern here, as we noted above insurers do take into account the value of your vehicle when they develop premiums. Technically, now that the first registration fee is in place the value of all brand new vehicles will increase.

This means that the market value of your electric car has also increased. If an insurer bases their premiums off of the current market value, you might see your premiums increase when it comes time to renew coverage for your vehicle.

We strongly recommend keeping a close eye on your premium and discussing with an expert advisor at Kwiksure how much, if at all, your premium will be affected by this move.

Beyond that, and arguably, more importantly, the issue for those who already own and insure an electric car in Hong Kong is what would happen if the vehicle is damaged in an accident and needs to be written off.

If this is the case, you will see your premium increase as you will be required to pay the difference in price. This is a tough pill to swallow for many drivers of electric cars, luckily there are plans out there that might be more forgiving. Talk with our advisors today to learn more about how you could be impacted by this new change and your coverage options.