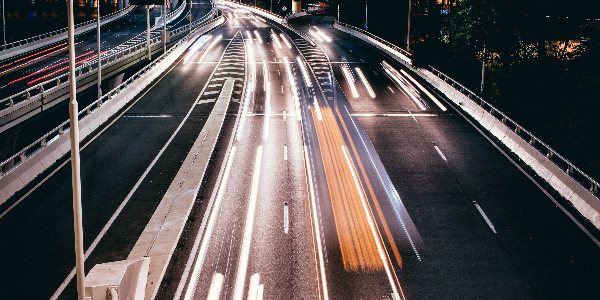 The Hong Kong government has recently approved Tesla's AutoPilot feature which Kwiksure believes will pave the way for driverless cars in the city. In this article, we take a look at the technological advancements that have led to modern driverless cars, when we think they will be on the roads here in Hong Kong, and the impact they could have on car insurance.

The road to driverless cars

Driverless cars have come into the mainstream in the past decade, currently championed by Google and other companies. But, technology has been moving towards driverless cars over the past couple of decades with many of the components necessary for these cars to work already introduced into existing vehicles.

One integral component is speed regulation, which has actually been in cars a lot longer than most people think, in the form of cruise control. First introduced in cars in, believe it or not, the late 1950s, this has become a staple feature in almost all vehicles. While in the past this was primarily a speed limiter, companies like Honda, Mazda, Ford, etc. have introduced a more modernized and powerful version of this feature often referred to as Adaptive Cruise Control. This feature will automatically apply the brakes if it spots cars ahead slowing down, or use the vehicle's GPS to automatically set the speed to the speed limit in that area.

Two more integral components - radar and cameras - are already implemented in many cars. These days almost all cars sold in Hong Kong either include backup cameras and proximity sensors that allow drivers to reverse into parking spaces easily, or will warn the driver when they are too close to another car. Some cars like the Toyota Prius V Five, Lexus LS460, the BMW 3 use these cameras and radar sensors to automatically park the car with little, to no input from the driver. Other cars like the Mercedes S have features like lane-keeping and accident avoidance where if the vehicle detects an impending accident it will take over and brake or even steer.

In order for all of these components to work, there needs to be a brain to power them. Yes, every car has a computer in them these days controlling everything from power distribution to radio and dash controls, but driverless cars will need more powerful tech if they are to function properly. Interestingly, it appears that this will be stemming largely from mobile devices. Both Google and Apple are investing heavily in mobile car apps, with many cars being released with native support for say Android's Car, which allows users to connect their mobile device to the car and interact with it via voice commands.

Beyond interactivity, there are many apps available that make drivers more informed. For example, apps like Wayze use real-time information from other drivers to allow for easier navigation. If a driver spots an accident, they can report it on Wayze and the info is automatically pushed to other users nearby, allowing the app to use the device's GPS features to automatically plan another route.

These devices and apps are becoming increasingly powerful and could very well prove to be the backbone to the mass-introduction of driverless cars.

While the driverless car has only recently started to gain the interest of the mainstream consumer, they have actually been an idea since before the second world war, with some prototypes being introduced in the 1950s. Sure, these prototypes were guided by an electric wire but testing proved it was feasible to have driverless cars.

It wasn't until the mid 2000s however that driverless cars were truly introduced. In 2007, DARPA (Defense Advanced Research Projects Agency) held a competition where teams of engineers from all over the world were tasked with developing a car that could navigate a 150 mile course in the Mojave desert. Of the teams that entered, five were able to finish the course.

By the late 2000s and early 2010s, driverless cars had really started to enter the mainstream. For example, in 2012 Google's self-driving car passed the Nevada state driving test and numerous vehicles introduced in 2013/2014 had some autonomous features like those listed above.

Last year, in April 2015, Delphi Automotive announced that one of their vehicles had driven across the US, with 99% of the journey being under computer control - the driver didn't actually "drive".

Last year was also a major year for Google, who started testing driverless cars on the streets of San Francisco and a few other cities in the US. As of September 2015, the company noted that they had 48 driverless cars on the road (25 prototypes built by Google, and 23 converted Lexus SUVs). Google plans to increase this number to over 100, with the cars hopefully being available to purchase by 2020.

One of the first companies to introduce a truly autonomous driving experience to publically available vehicles is Tesla, who introduced their AutoPilot feature for the Model S in mid 2015. Shortly after its release there were videos on YouTube of people literally sitting in the backseat of their car while they 'drove' down the highway. While this is nothing short of cool, it was also quickly disabled for vehicles in Hong Kong. The reason for this was that the Transport Department had not actually approved the update, thereby making the use of the AutoPilot feature in Hong Kong illegal.

On March 15, the SCMP reported that the Transport Department has partially approved this feature for use in the city. This feature and the handling of it by the Transport Department set a precedent that states that the government is open to allowing these cars on the road, and because the AutoPilot feature is available now in Tesla's, companies working on similar tech for their vehicles will be able to offer it in Hong Kong. This is an important first step that will see the eventual allowance of fully driverless cars on the roads in the city.

As to when we can expect to see fully autonomous cars in the city, they will first need to be approved by the government, we predict that driverless cars will likely not come to Hong Kong right away, it may take up to a year after their public release for them to make it onto the roads here in the city.

What about car insurance?

The increasing push to develop and release driverless cars has spurned some great advances in car technology over the past decade, and while there are an increasing number of vehicles being tested on roads, the systems are far from perfect. For example, in late February 2016 news broke that one of the Google cars had sideswiped a bus in the US.

This highlights the fact that even with technology, these cars will still be involved in accidents. This is especially true in Hong Kong and parts of Asia where driving can be chaotic at times, with many drivers simply ignoring some rules of the road. These cars are largely being designed to follow the rules of the road, and if they are not all followed by everyone on the road, the chances of accidents will increase.

Because of this, it will become even more important for drivers to ensure that they have proper car insurance. The interesting thing Kwiksure is eager to see, is what kind of plans motor insurers will come up with then these cars are finally on the road in the city.

We are curious to hear your thoughts about driverless cars and how they will impact car insurance in the city. Let us know today.