Driverless cars and the future of insurance: What lies ahead 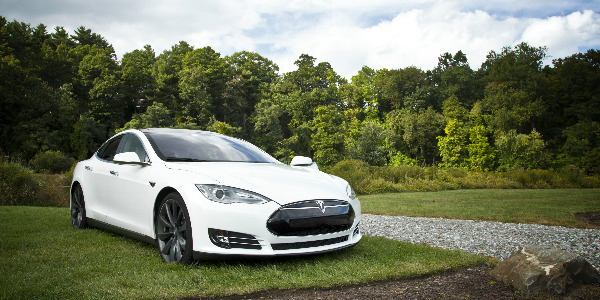 Whether we like it or not, driverless cars are on the way. A number of car manufacturers and start-ups are eyeing the future self-driving vehicle and placing their bets, but there are many other industries that are likely to be affected by this new technology. One of the chief among these is the car insurance industry. How will self-driving cars affect the insurance industry? Could it spell the end for motor insurance as we know it? Find out more here.

For those who love cars, or tech, or a combination of the two, driverless cars are a hot topic. Kwiksure has confirmed this with the popularityof a recent article we posted on the subject. For drivers, the idea of sitting in your car and catching up on your email, watching a movie, or even taking a nap as it delivers you to your destination is something that they have fantasized about for years, but there are more ramifications to driverless cars than first meets the eye. While we are all impatient for the technology to be released to the public, there is a whole host of considerations regarding logistics and legality that need to be addressed in order for a world in which driverless cars dominate the roads to become a reality.

One of these considerations that has yet to be fully fleshed out is how insurers plan on adapting to a market mainly consisting of self-driving cars. There have even been those that have theorized that self-driving cars could spell the end of motor insurance as we know it, or, at the very least, that insurance companies stand to take a major hit to their auto insurance revenue. How likely are these scenarios to come to fruition? Kwiksure examines the topic here.

The advent of advancement

What does the near future hold for us? Well, one thing that is expected to happen due to advancements in computerized automotive safety is a steep decline in automobile accidents. This then brings us to a basic economics lesson of supply and demand. If fewer people are having accidents, then there are fewer insurance claims and less demand for car insurance in general, all thanks to computers handling the driving for us.

The technology is advancing quickly, with many players entering the fray. Google, Ford, Tesla and General Motors are leading the charge in realizing mass production of self-driving vehicles, but others such as Intel, BMW, and numerous start-up companies are investing in the technology as well. Many expect self-driving cars to start hitting the roads of the world by 2020, but it may take decades for them to reach a majority of vehicles on the road.

The future of cars and insurance

As far as the liability coverage is concerned, when you remove driver error from the equation, the fault for accidents may ultimately lie with auto manufacturers, thus forcing them to cover the costs of liability, as opposed to the vehicle operator.  Some automakers are already taking steps to address this potential trend, and, perhaps surprisingly, some have even shown willingness to shoulder the burden of liability coverage on their vehicles, rather than try to change laws so that drivers will be on the hook. Volvo, for instance, has already pledged to address liability costs for its cars, as long as they are in self-driving mode.

Many predict that insurance premiums for self-driving cars will be lower than their traditional counterparts simply because they are safe, and underwriters will find in their calculations that there is not nearly as much risk in insuring such vehicles. Even if a driver does decide to manually control their vehicle, the self-driving technology may make it so that getting in an accident is still nigh on impossible, as the cars computer driving system will take over in any dangerous situations.

Another factor lowering risk for insurers is that smarter cars will be gathering lots of data. This will more easily allow insurance companies to determine who, or what, is a fault when an accident does occur, taking much of the guesswork out of ‘he said, she said’ situations.

The future of the insurance industry

What could be a possible outcome of this situation? Well, it’s not unthinkable that with lower premiums, and possibly lower margins, some insurers won’t find auto-insurance the cash cow that it has been for decades, perhaps even shuttering their auto divisions. Of course, whether or not this drastic a reduction in the market will occur has yet to be seen.

Another potential outcome is that companies start focusing on targeting manufacturers if they do indeed become the primary carriers of liability coverage. While the numbers of those insured will be dramatically less, the number of vehicles covered won’t be, so fighting for these policies will be huge business for insurers.  Another concern regarding this scenario for insurers is a massive problem across an entire line of vehicles that may cause an epidemic of accidents. The computer-based systems may even be subject to getting hacked, which could cause this problem. Similarly, it may be possible that there simply is no way to make cars completely accident-proof, at least to the point where auto insurance is no longer necessary, and insurers will be able to continue on despite the new tech.

It is also possible that niche insurers will be created just as self-driving cars hit the market that specialize in covering these vehicles. This is especially true if established insurers are slow to create innovative offerings for early adopters.

For now, insurers are waiting out the proliferation of the technology to see where opportunities will either arise or contract. However, they do acknowledge that major market turmoil is heading for them at some point in the future, and some are drawing up war plans for when that time arrives.

Even if liability coverage largely becomes a thing of the past, insurance for cars will still be a good idea, as theft and damage can still happen to vehicles that aren’t even driving.  While the future has yet to be truly decided, and how insurance for driverless cars will be handled by governments and insurance companies around the world is still very much up in the air, our reality right now is that your car needs to be insured for 3rd party liability no matter how much technology is in your car. If you are looking for car insurance in Hong Kong and want to find the best plan for your needs at the best price, contact Kwiksure today. Our knowledgeable insurance advisors are standing by to answer all of your questions, show you plan comparisons and give you a free quote.

Previous - Can you add a friend to your motor policy in Hong Kong?
Next - Is cheap car insurance worth it?
Kwiksure Blog