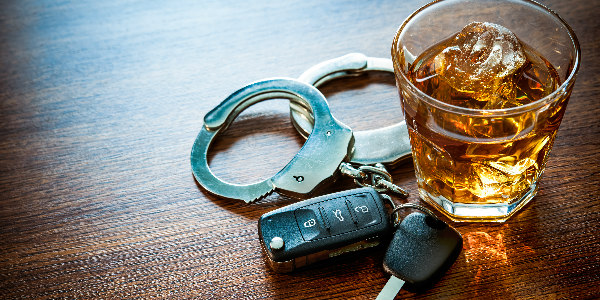 On Monday, the SCMP reported over an Appeal court decision that impacts the disqualifying of drunk drivers from cover by insurance companies and, subsequently, the ability for prosecutors to lay charges for a lack of insurance. What does this mean for Hong Kong drivers, and how might your insurance be affected? Kwiksure takes a look at how the Court of Appeal decision impacts the status quo.

The ruling of Madam Justice Maria Candace Yuen Ka-ning was made following the appeal of two men who were caught driving drunk and made appeals following unfavourable decisions. Law Wing-fai and Gilbert Henry Collins were both convicted under the Motor Vehicle Insurance (Third Party Risks) Ordinance, Cap 272, stating their alcoholic influence voided their insurance coverage, resulting in their driving without adequate insurance.

Under Hong Kong law, all drivers must have at least a minimum level of third-party car insurance, which includes the following coverage of HKD 100,000,000 for any one event resulting in death or bodily injury. Many plans also include HKD 2,000,000 coverage towards covering property damage as well, even though no such requirement exists in Hong Kong law.

The decision of the Court of Appeal

The important part of the Court of Appeal ruling relates to authorities using insurance rules for disqualifying drunk drivers from coverage. Where the two men were previously convicted of contravening Hong Kong law for having voided their own insurance with their actions, the Court ruled that the ordinance actually stipulates that no restrictions should be placed on a driver's age or physical or mental condition when insurers formulate their policies.

Madam Justice Ka-ning, in her judgment, stated that “A restriction … based on the proportion of alcohol in a driver’s breath/blood/urine … is clearly a restriction by reference to the driver’s physical condition”. This ruling was also agreed to by Vice-President of the Court of Appeal, Wally Yeung Chun-kuen, and Justice of Appeal, Poon Shiu-chor. This could mean that prosecutors for the state could no longer charge drunk drivers for a lack of insurance.

How exactly does the insurance industry deal with incidents involving drunk drivers? One of our insurance partners, MSIG, provides a clear and useful case study on a scenario where an insured driver has been found to have knocked over a pedestrian and subsequently crashed into an adjacent bus. In this hypothetical situation, MSIG explains that there are three separate claims to be settled:

Due to a drunk driving conviction, insurers can determine that they are not liable for the damage and harm caused to all under general policy exclusions. However, the presence of third-party bodily injury arising from the actions of the driver would find the insurer risking liability under the Motor Insurers’ Bureau of Hong Kong’s (MIB) own Insurers’ Concerned Principle of The Domestic Agreement.

What this means is that an insurer’s first step in such situations is to cover the third-party bodily injury liability on behalf of the insured. However, the cost of property damage will remain the responsibility of the insured due to breaching the insurance contract. The damage to the bus, plus damage to the insured’s own vehicle and any injuries sustained in the incident will not be covered.

In addition, the cost incurred by the insurer to cover the third-party bodily injury will be sought from the insured through legal means. Essentially, the insured will be held accountable for all costs related to an incident where they have been found to have driven drunk, it’s simply that insurers will pay out for any third-party injury as per their own industry code before seeking restitution.

Kwiksure: your partner for securing insurance

Here at Kwiksure, we always advocate safe driving and making good choices behind the wheel. Driving whilst under the influence of anything is dangerous and irresponsible, and can be extremely costly for you should you be involved in an accident or other incident. Even as the victim in an accident, the offender’s insurer may find reasons in your drunken state to reduce their client’s liability for damages.

Regardless of the recent Court of Appeal ruling on disqualifying drunk drivers, it is still important and legally mandatory for you to have at least third-party insurance. When you’re in the market for a car policy, the team at Kwiksure are the best partner you could have in negotiating benefits and limits. Their expert staff are drivers and the company has almost 20 years experience in providing insurance solutions for Hong Kong drivers.

For a free quote or some helpful advice, contact the team at Kwiksure today!