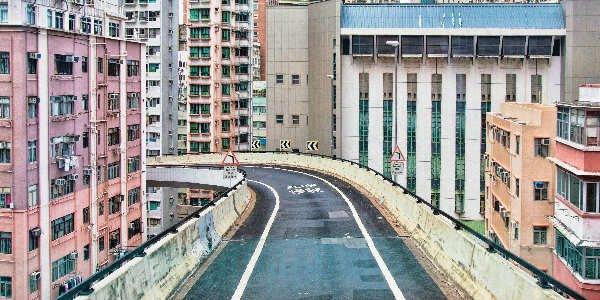 Any driver in Hong Kong should be aware of the legislation governing traffic offences, so that they don’t risk putting their safety or the safety of other drivers and pedestrians in jeopardy. From dangerous driving, driving under the influence, to driving without third party auto insurance, today we look at what Hong Kong legislation has to say about the most common traffic offences in Hong Kong.

50 traffic offences are covered by Hong Kong’s “Driving-offence Points System” (DPS), including dangerous driving (10 points), careless driving (5 points), driving under the influence (10 points), and speeding (3, 5, or 10 points depending on the speed and other factors), and various other offences. As prescribed by the Road Traffic Ordinance, committing any of the offences under the DPS will result in the recording of driving-offence points. Under this system, drivers who have incurred 15 or more demerit points over a 2 year period will be disqualified from driving for a specified period of time. To learn more about the scheduled offences under the DPS, click here to go to the Traffic Department’s website.

Most of the legislation governing traffic offences in Hong Kong can be found in the Road Traffic Ordinance, Chapter 374. Other ordinances, such as the Motor Vehicles Insurance Ordinance (Chapter 272), govern the insurance requirements of drivers. Common traffic offences include:

Under section 33 of the Offences Against the Person Ordinance, anyone who engages in “wanton or furious driving or racing” and causes bodily harm to any person shall be liable to 2 years’ imprisonment.

As discussed in our recent article on speeding, drivers caught going over the speed limit will receive a speeding ticket based on how fast they were going:

According to section 38 of the Road Traffic Ordinance (Chapter 374) “a person drives carelessly within the meaning of this section if on a road he drives a vehicle without due care and attention or without reasonable consideration for other persons using the road.” The maximum penalty for careless driving in Hong Kong is a fine of HKD 5,000 and 6 months’ imprisonment.

One popular example of careless driving is unsafe overtaking. While overtaking is generally allowed on two lane roads, drivers must do so carefully. The Road User’s Code states that drivers must not “overtake unless you are sure you can do so without danger to others as well as yourself”. If an accident were to occur as a result of a driver overtaking, they should be prepared to accept liability for careless driving (if not dangerous driving).

Driving under the influence of alcohol or drugs

Driving while under the influence of alcohol or drugs is arguably one of the most egregious acts a driver can commit, especially in the eyes of Hong Kong legislation. According to section 39 of the Road Traffic Ordinance (Chapter 374), “A person who drives or attempts to drive or is in charge of a motor vehicle on any road while he is under the influence of drink or drugs to such an extent as to be incapable of having proper control of the motor vehicle commits an offence”.

According to section 53(2) of the Road Traffic Ordinance (Chapter 374), “no person shall alter or cause or permit to be altered a motor vehicle or trailer so as to render its condition such that the use thereof on a road would contravene any provision of this Ordinance as to the construction, weight, equipment, brakes, steering gear or tyres thereof”. In other words, if your vehicle is modified in a way that breaks other road ordinances, then you would be contravening the law. The maximum fine for contravening this provision is HKD 20,000.

That said, it can be confusing trying to figure out whether your intended modifications are legal or not. Luckily, the Transport Department has published guidelines for the general public, including: “Alterations and Modifications to Vehicles: Do’s and Dont’s”, and “Guide to Notifiable Alteration - Motor Vehicle”. To learn more about vehicle modifications and its legal and insurance implications, you can read our article on the topic here.

According to section 4(1) of the Motor Vehicle Insurance Ordinance, drivers must at least have third party auto insurance, which covers the insured against their liability for bodily injury or death to third parties. Those found driving without auto insurance may be liable to a fine of HKD 10,000, and imprisonment for 12 months. A person convicted under this section may find themselves disqualified from driving for one to three years.

It is also required by law that all third party auto insurance policies must cover at least HKD 100,000,000 for any one event resulting in third party death or bodily injury. Plans often also offer HKD 2,000,000 towards covering property damage, even though this is not required by law. For more extensive cover, drivers can alternatively opt for comprehensive car insurance, which not only protects the insured from liability with third parties, but also covers the driver and their vehicle.

For more information, or to learn more about your car insurance options, be sure to contact one of our helpful advisors at Kwiksure today!

Previous - The link between car safety ratings and your insurance
Next - Are women better drivers than men?
Kwiksure Blog