Commercial accidents and private property: who pays for the damage? 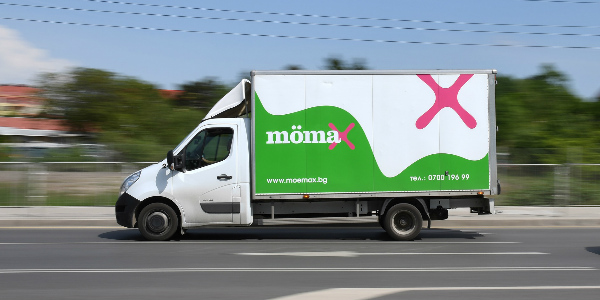 Key to keeping a business running is having the right insurance to cover you when the unexpected happens. If vehicles are an integral part of your business, then having commercial vehicle insurance is a must. Commercial accidents can leave your company liable for thousands, if not potentially millions, in private property damage; often pushing many unprepared businesses to the brink of liquidation. This week, Kwiksure discusses who might be liable for what in the event of a commercial accident.

What is commercial vehicle insurance?

As we’ve discussed before, commercial policies, while largely similar to private car insurance plans, offer slightly adjusted benefits and limits in order to account for the nature in which the vehicle is being used for. With the two main types of commercial vehicle plans in Hong Kong you can expect that:

Commercial accidents are no different to those involving private vehicles, the only difference for the purpose of our discussion is that commercially owned and operated vehicles are involved. Hong Kong news will have some significant accidents featured in their headlines from time-to-time, and some of these highlight some of the scenarios we’ll discuss today in relation to commercial vehicle insurance:

In all of these cases, like all accidents, who pays for what will depend on who is found to be at fault. Sometimes it can be black and white: Car A crashed into Car B, so Car A’s insurance pays. In other cases, it can be a bit more difficult. Knowing what might happen following commercial accidents might help you decide which type of commercial vehicle insurance is right for you.

Where your business vehicle is involved in an accident involving other vehicles, such as a car or motorcycle, commercial insurance can help soften the financial blow if the driver of the vehicle is found to be at fault. Here are a few scenarios:

Commercial vehicle insurance can also cover your liabilities in instances where the damage done is not to another vehicle but property.  Check out these scenarios:

In the unfortunate event that one or more people are seriously injured or killed by one of your company vehicles, the rules are a bit different. Hong Kong law and the insurance system itself puts a high priority on the safety, wellbeing, and recovery of people. Here’s what you might expect to happen where an incident involves personal injury or death:

What if you have no company vehicle insurance or it’s expired?

If you allow your drivers to drive a commercial vehicle without insurance, or knowingly let them do so without a license, your company can be left liable for any actions caused by them whilst operating the vehicle. In the case of property or vehicle damage, it will generally be the Hong Kong Police who will hold you liable for the costs of damages caused to third parties, as well as being fined for breaking Hong Kong's road ordinances. This can be true as well where your company allows commercial vehicles to operate with an expired insurance policy. Expired insurance is effectively no insurance, so be sure to keep on top of your renewals.

In the case of injury or death, you and your driver will again likely be liable to meet the costs of third parties if it is found that your driver is at fault. An important note for those who find themselves victims in such circumstances is that, when the party at fault is not covered by insurance (either by not holding valid insurance, or by breach of its conditions), it may require legal action against the commercial driver or company in order to enforce payments for responsibility.

In instances where either the commercial driver, company, or both go bankrupt as a result of such action, the Motor Insurers' Bureau of Hong Kong has established a fund to cover the personal injury and death costs of those left without recourse. The existence of this fund is not to get companies off the hook from meeting their responsibilities during commercial accidents, but simply to provide a safety net for the people who find themselves out of options when all is said and done.

Knowing what to do in commercial accidents

When you or your staff are involved in an accident whilst operating a commercial vehicle, the first thing to remember is to stay calm. We’ve actually got a handy page on what people should do after an accident, which includes information on when to call the police, and when to exchange insurance information.

Similarly, we’ve also written about things not to say in an accident before - which can help protect you, your staff, and your company from potentially jeopardizing your insurance claim or legal standing during the moment.

Securing the right commercial vehicle insurance for your company

Securing insurance is a mandatory requirement in Hong Kong, however not all commercial vehicle plans are created equal. Like businesses themselves, there are a range of options available that can either cover too much, cover too little, or cover just the right amount for your needs. Finding that good fit can be difficult, but not if you use an experienced car insurance broker such as Kwiksure.

Our expert team have been delivering car insurance solutions for individuals and businesses in Hong Kong for almost 20 years and know the policies inside out, the laws of using Hong Kong roads, and how best to support corporate and business clients looking to protect their vehicles. For more information, contact the team at Kwiksure today!

Previous - What every rider should know about motorcycle insurance
Next - Top car tech trends to watch in 2018: CES highlights
Kwiksure Blog 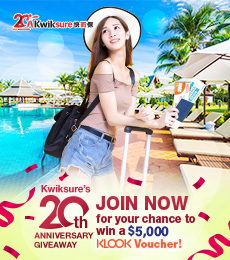