The Health Risks for Children in Hong Kong 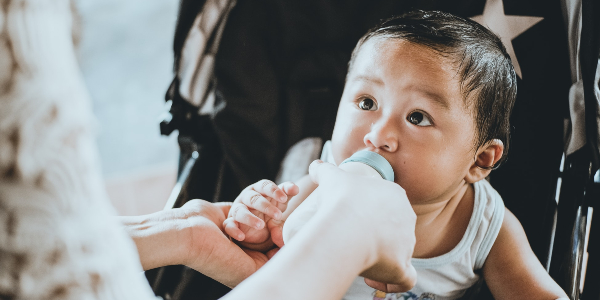 An increasing number of prosperous families and the increasing Westernisation of Eastern culture in Hong Kong has led to a decrease in instances of many illnesses through immunizations. However, increased industrialisation and Westernisation have also caused health problems for children in Hong Kong including a significant increase in the child obesity rate.

Air pollution causes a plethora of respiratory problems, especially at developmental stages of a child’s life. Finally, the pressure placed on Hong Kong’s youth to perform well academically, as well as in sports and often in a musical field as well, causes stress, anxiety, depression and unfortunately suicide in the young people of Hong Kong. The suicide statistics amongst Hong Kong’s youth are harrowing, and illustrate a definite need for increased help and understanding with regards to children’s health, both physically and mentally.

Obesity is a relatively recent health risk for Hong Kong youths. In the last 15 years, an increase in prosperity amongst families, tied with an increase in Western fast-food culture, and a switch in popularity from sports to video games has created a large percentage of obese youths. Obesity ratings in Hong Kong have jumped from 5% of children aged 2-14 in 1991 to 17.8% in 2005 and 21.4% in 2010. This increase is definitely damaging to the future population of Hong Kong as obesity in childhood increases the early onset of morbidity and mortality in adulthood. Obesity has been linked with high blood pressure, sleep apnea, degenerative arthritis, and more seriously, diabetes and coronary heart disease.

A report from 2005 discovered that over a quarter of children aged 2-14 drank at least one soda every day, consumed fast-food at least twice a week and ate some form of junk food at least once a day. These figures correlate with an increase in childhood obesity in Hong Kong, and also with a change in food consumption from a traditional low-fat Chinese diet to a Western diet of high fat, processed, sugary and fried foods. A change in diet is one factor that has contributed to the obesity rates. Another factor is the change in social environment in recent years. Children are now more likely to spend time between their numerous academic classes watching television, or on their computers/smartphones playing video games. These sedate lifestyles with minimal active sports engagement undoubtedly have added to the obesity problem.

To help combat against this rise in obesity, children need to be encouraged to participate in sports, or other activities such as hiking, rather than watching television or playing video games. This encouragement should come from both school and home.

A further range of physical problems seen in children in Hong Kong can be related to the high levels of pollution the city regularly experiences. Air quality in Hong Kong has degraded over the last 20 years, largely due to pollution blown into the SAR from factories in China.

Unfortunately, these levels show no sign of improving in the foreseeable future as long as China’s factories remain poorly regulated and continue pumping out vast amounts of noxious emissions. The WHO Air Quality Guidelines illustrates that Hong Kong has unsafe air in all regions, with an abundance of the air pollutants; NO2, SO2, Particulate Matter (PM 10) and Ozone (O3).

The poor air quality in Hong Kong threatens the health of all citizens, but especially children as their bodies are still developing. Pollution can have both long and short term effects on child health. In pregnancy, a foetus can suffer DNA damage through sharing air circulation with its mother. During development, and often without detection, children can damage their airwaves, lungs, heart and brain through inhaling these pollutants. This damage can lead to a reduced ability to take in oxygen during exercise, leading to impaired physical performance. In the long-term, air pollutants increase the risk of paediatric asthma, mortality, and hospitalization - mainly from cardiopulmonary disease.

Children are more vulnerable to respiratory problems from air pollution, as they haven’t built up sufficient defences to these toxins, nor have they established strong lungs that can cope better. The air pollution in Hong Kong reduces the quality of life of children, as they should be encouraged to be outdoors pursuing activities, but this leads to rapid breathing and the inhaling of more pollutants. Conversely, to not encourage exercise leads to the obesity problem mentioned above.

To prevent problems in children associated with air pollution, the Hong Kong government needs to acknowledge the terrible levels of pollution and devise some solutions. Unfortunately, as the majority of this pollution is caused in China, Hong Kong is left relatively ineffectual with regards to enacting change to this problem of pollution levels. They can however, increase research into the long-term implications of and solutions to the pollution problem, including monitoring emission levels of transport vehicles.

Not only are children in Hong Kong at risk from physical health issues, but mental health issues too. From a young age, an immense amount of pressure and expectation is placed on Hong Kong children. Failure to live up to this expectation creates angst, stress and a feeling of a complete lack of self-worth amongst too many of Hong Kong’s youths.

It is academic performance above all else that is used as the benchmark for a successful student (or a failure). School work, after school activities and other outside tutoring leaves children exhausted and often unable to get the recommended amount of sleep. Exhaustion breeds impatience and is a major cause of stress amongst children from an incredibly young age.

Excluding worry about academic results for the moment, the pressure of having to perform to a high standard constantly throughout all disciplines is enough to induce stress in even the youngest of children. With the additional ‘importance’ of academic results, those children that underperform can quickly enter depressive states and experience other mental health issues. This is not helped at all by criticism of a student’s grades from parents, grandparents, teachers and tutors alike.

Many children as a result of harsh criticism choose to escape this scrutiny and stress through substance abuse, self harm and even suicide. A study in 2005 suggested that 2.2% of children aged 11-14 had smoked cigarettes, and 5% were drinking alcohol as a (rather extreme) way to cope with the stress of the responsibilities placed on them. A Polytechnic University study polling students revealed that 32.7% of participants had taken part in self-harm, while 13.7% had contemplated suicide and 4.7% had attempted it. These statistics point to a problem in the relationship between parents and children, and the school and home environment. To subvert the possibility of stress, anxiety and depression in children, parents must learn to judge their child based on their individual abilities and talents, and not on academic results in areas that the parents deem important. This will be a struggle to accomplish in Hong Kong, where there are very traditional attitudes to what is academically important, and what careers children must pursue.

Some primary schools in Hong Kong have recently adopted a programme called MindUP that helps children relieve stress and anxiety through meditation practices for only a few minutes a day during school. If attitudes amongst parents will not change in Hong Kong, then teaching children to manage the stress and burdens placed on them is crucial.

While suicide is not strictly a health issue, the build up to a child thinking they have to commit suicide certainly counts as a cause for concern. Hong Kong’s statistics for child suicide (with some victims as young as 10 years old) are frankly disgusting. No child should ever believe that death is their only course of action, and the high number of incidences goes to show just how much pressure is placed on local children to do well in school.

Suicide rates amongst youths spike between September and November. This is the period between school first starting, and the first lot of exams being conducted. It creates significant pressure on students from teachers, parents, other students and the child’s own expectations. It is distressing to think that these primary aged students even have a concept of suicide, let alone that they believe that the importance of good academic results means the difference between a life worth living and death. The stress placed on children of all ages in the school system in Hong Kong is immense. Children as young as 3 attend school to learn maths and science in a second language, and the results of their aptitude at these subjects is used by parents and teachers alike to determine their self-worth. This is a horrible way to view a human life, and more needs to be done in Hong Kong to encourage children that there are other ways to be of worth outside of exam results. This change in attitude needs to start at home, with parents encouraging their children at what they show aptitude in, rather than criticising them for not being good at what the parents want them to be good at.

Vengeful suicide is common in Hong Kong as a child’s way of getting back at their parents for criticising and judging them or refusing to understand them and their lifestyle choices. This is also why many youths in Hong Kong take up drugs and smoking.

There are also too many unfortunate incidents in Hong Kong of parents feeling the stresses of the modern world, and taking both their own lives and that of their children to avoid them having to ‘suffer’ in this world. The government of Hong Kong needs to look at why such a stressful and depressed attitude to life occurs here, and how they can offer support to prevent the instances of mother-child suicide. Between 2008 and 2010 there were at least 15 instances of this murder-suicide that is both harrowing, and discomforting when there are definitely other alternatives that could have been pursued.

Cases of physical harm are a lot easier to detect and cure, but Hong Kong needs to focus on offering help and support to those suffering from mental health issues at all ends of the spectrum.

As we have seen, there are some pressing issues in Hong Kong regarding children’s physical and mental health. Understanding these health issues and why they are occurring is the first step towards helping to eradicate them. Something that will hopefully be achieved throughout the foreseeable future.

The url was copied
Previous - The health risks in the Hong Kong workplace
Next - Hong Kong Transport: What's Safe and What's not