In-car pollution: Driving during rush hour could be more harmful than you think 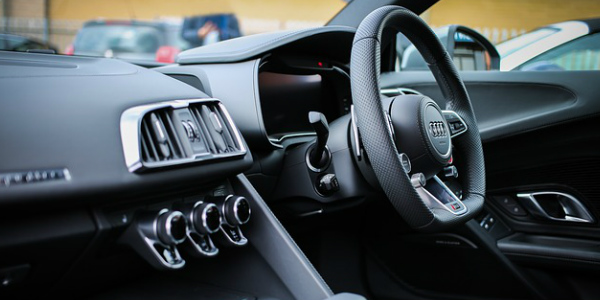 When thinking about the potential hazards of being on the road, car accidents, drunk drivers, and collisions are probably the first few things that come to mind. What most drivers and passengers in Hong Kong don’t realize, however, is that there are also hazards lurking inside car interiors, namely in-car pollution. In fact, a recent Hong Kong Baptist University study found that the average concentration of in-vehicle pollutants far exceeded government recommendations for indoor air quality.

Recent research also indicates that passengers sitting in back seats are at a higher risk of being exposed to toxic pollutants because outside air travels to the rear of cars. To help shed some light on the harmful health effects of toxic in-car pollutants, this blog post looks at everything you need to know about the invisible threat to automobile drivers and passengers, as well as the things you can do to mitigate it.

In-vehicle pollution and your daily commute

A number of studies published recently with oftentimes alarming findings have led to increased debates about how drivers and passengers should better protect themselves from air pollution inside their vehicles. However, despite posing a serious health threat to millions of Hong Kongers who spend a considerable amount of time each day commuting to work in rush hour traffic, most don’t realize that some pollutants are at higher levels inside the vehicle than outside on the road.

In fact, a study cited by UK news site The Guardian found that pollution levels can be 9 to 12 times higher inside the car than outside. Children were also found to be most at risk of the dangerous health effects of in-car pollution. One of the reasons behind this, according to Global News, is that children’s bodies are not fully developed, meaning that higher levels of pollutants can more easily reach deep inside their lungs and stunt function, or cause long term health issues like asthma.

The levels of pollution inside a car depends on a range of factors including the amount of traffic, the age of the car, ventilation, traffic congestion, the type of vehicles around you, weather, etc. The reason why pollution levels are higher inside the car than outside is primarily because vehicles take in emissions from neighboring vehicles and recirculate them. Studies have shown that more than half of the harmful pollutants inside a car are caused by the vehicle immediately ahead, especially if those vehicles emit a large amount of pollution (e.g. heavy duty trucks and double decker buses).

Stopping at traffic lights also greatly increases exposure to toxic pollutants, according to a University of Surrey study, which found that drivers stopped at red lights were exposed to a peak number 29 times more hazardous particulate matter than those that were driving in moving traffic. A 2016 study by the same researchers also found that keeping the car windows closed with the fan on also significantly increased in-vehicle pollution, as the fan brings in outside air.

In-car pollutants are primarily made up of gasoline and diesel exhaust fumes, and include poisonous gases like carbon monoxide, carbon dioxide, nitrogen oxides, volatile organic compounds, etc. Many of these are harmful not only to particularly vulnerable groups like children and those with respiratory conditions, but poses a health risk to healthy people as well. Short term health risks include headaches, dizziness, sore throat, and sinus irritation; while long term health effects include anything from vital organ damage to respiratory disease and lung cancer.

To many, the “new car smell” is something that we identify as pleasant. What many people don’t realize, however, is that “the smell is mostly organic compounds in the vehicle off-gassing.” These are known as volatile organic compounds, which are a type of air pollutant emitted by anything from air fresheners to petroleum-based solvents in plastic and vinyl.

Reducing the risks of pollution inside your car

The good news here is that there are a number of things drivers can do to reduce their exposure to in-car pollution. These include:

While not directly related to reducing the risks of pollution, it’s also a good idea to have a robust health insurance plan in place, which will offer financial protection should you require costly medical care for pollution-related illnesses. To learn about your health insurance options, contact Kwiksure today.

To protect the safety of other drivers, passengers, and pedestrians, it’s also important to ensure that your car meets the vehicle emission standards in Hong Kong. Please note that in Hong Kong it is a legal requirement for drivers to arrange yearly vehicle examinations for automobiles that are older than six years old. Among other things, to pass the examination your vehicle will need to meet the Hong Kong Government’s emission guidelines.

While the cost of vehicle examinations are not covered by car insurance policies, please note that claims on your car insurance will more likely be denied if you do not have an up to date Certificate of Roadworthiness. To learn more about vehicle examinations and your car insurance, be sure to read our recent blog post on the topic here. Alternatively, you can find more information about how the Hong Kong Government is combating vehicle and smoke gas here.

If you have any more questions, feel free to get in touch with the helpful advisors at Kwiksure today.

Previous - Third party vs comprehensive car insurance: What happens when there’s an accident?
Next - Buying a car in Hong Kong: what do I need to do to make it road legal?
Kwiksure Blog